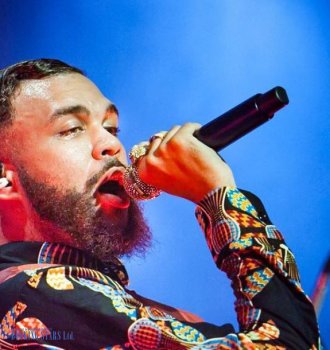 Jidenna is an American singer and producer. His full name is Jidenna Theodore Mobisson. The rapper was born on 4 May 1985 in Wisconsin. Jidenna spent his childhood in Nigeria. His parents were not related to the music business. Jidenna’s father was a university professor and had Nigerian heritage. His mom was an accountant.

When Mobisson was six years old, the family lived in Nigeria, where the boy was almost kidnapped. The event left a big impression on the rapper’s memory. In 1995, the artist’s family moved to the United States and settled in Norwood.

Then they decided to relocate to Milton, Massachusetts. In high school, Jidenna and his friends formed a hip-hop band, Black Spadez. Back then, Jidenna already demonstrated an impressive talent. He wrote music and lyrics. The album’s debut LP was the artist’s high school graduation project.

The talented musician was accepted to Harvard and Stanford Universities. He had a tough decision to make and finally chose Stanford. The young man studied sound engineering. In 2008. Mobisson graduated from Stanford. He continued honing his musical talent but got a job as a teacher. While working, the aspiring artist lived in several cities, including Atlanta, LA, Brooklyn, and Oakland.

Jidenna finally decided to devote his free time to the music career and accepted an offer from Wondaland Records. As part of his contract, the rapper worked with numerous artists. Some of them were celebrities, including Deep Cotton and Janelle Monae.

In 2015, the artist released his debut EP, Eephus, which featured five songs. The debut single from the album, “Classic Man” debuted on the 49th spot of Hot R&B/Hip-Hop Airplay Chart. The single reached the 22nd position on Billboard 200 and earned two platinum certifications in the United States. That song, recorded with Roman GianArthur, brought Jidenna a nomination for a Grammy Award for Best Rap/Sung Collaboration. The artist also filmed a music video for the single, which became highly popular. The producer of the music video was Alan Ferguson, who worked with such celebrities as Beyoncé and Katy Perry.

The same year, Jidenna released his second single “Yoga”. He recorded it with Janelle Monae. Eventually, it became a part of her EP. In June, the artists performed the song at BET Awards ceremony. In November, the singer won a prize at Soul Train Music Awards for Best New Artist. Many fans wanted to book Jidenna for private events at the time.

In his interviews, Jidenna notes that he was mostly influenced by such artists as KRS-One and Big Daddy Kane. He is also a big fan of the music genre Highlife, which appeared at the beginning of the 20th century in Ghana.

Jidanna pays special attention to his appearance. Back in college, he learned how important fashion is to the psychological acceptance of an artist. He is inspired by Harlem Renaissance and elements of West African fashion.

In 2016, Jidenna appeared in several TV series and films. Netflix gave him a role in the series Luke Cage. The artist performed “Long Live the Chief” in the episodes.

Jidenna’s song “Classic Man” was reworked and appeared in the movie Moonlight, which earned an Academy Award for Best Picture. 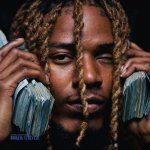