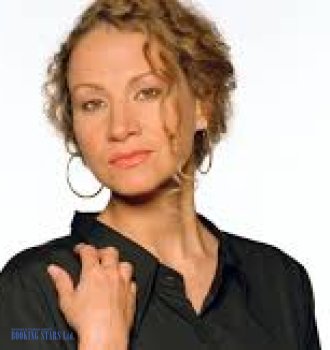 Joan Osborne was born on July 8, 1962, in Kentucky. She is a singer and a songwriter. Osborne is mostly known for such hits as “One of Us” and “St. Teresa” and her work with The Grateful Dead. She holds several awards including a Grammy.

Joan Osborne was born in a strict Catholic family. She attended the church on a regular basis. Such religious childhood affected Joan’s future work in the music industry.

In 1980’s, Joan moved from Kentucky to New York and created her own recording label Womanly Hips Records. In 1991, she released her first live album Soul Show: Live at Delta 88. After the release of her first album, she signed a deal with Mercury Records.

In 1995, Osborne released her first studio album Relish. The LP was a big success and her most famous album so far. The LP reached the ninth spot on Billboard 200 and the 5th spot on UK Albums Chart. It was certified platinum in the US, UK, and Canada. The reason for such big success for the single “One of Us”. The song brought Osborne international recognition, making its way into European and Scandinavian charts. The LP received three Grammy awards. Another single from that album “St. Theresa” was less successful than “One of Us” but still got high spots on the charts.

In 2005 and 2006, Joan frequently performed with Phil Lesh and Friends.

In 2006, Osborne released her next album Pretty Little Stranger. The LP made its way into Billboard charts but didn’t get any high spots. Joan released four more studio albums, the latest one to date being Love and Hate (2014). Each one of her latest albums except for the last one made their way into Billboard 200 but didn’t climb higher than the 160th spot (Breakfast in Bed (2007)). Osborne works with a variety of bands and musicians. She goes on tours and performs live.