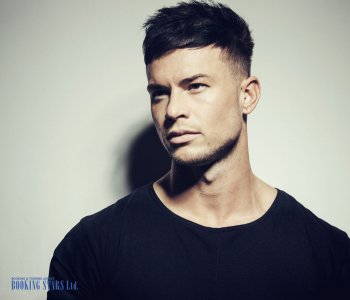 Born in 1989, Corry grew up London during the height of the U.K. garage explosion, and started to DJ when he was 13. Professionally active as the owner of a personal training business as well as a gym and leisure wear company, he first caught the public's eye when he starred in the reality show Geordie Shore. Corry released his first two dance singles, "Back Again" and "Light It Up," in 2015. He began hosting a specialty show on KISS FM in 2017, and holds down summer residencies in Ibiza, Zante, Ayia Napa, and several other clubbing hot spots. In 2019, he released a cover of Monsta Boy's 2000 U.K. garage hit "Sorry (I Didn't Know)," retitled "Sorry" and featuring vocalist Hayley May. After being featured on the British reality TV series Love Island, the song reached the Top Ten in the United Kingdom, Scotland, and Ireland. Two more singles, "Lonely" and "Head & Heart," arrived in 2020 and reached the Top Five of the U.K. singles chart. The latter song, a collaboration with MNEK, eventually reached number one on the U.K. singles chart and cracked the Billboard Hot 100. In February 2021, Corry scored another Top 20 U.K. hit with "Bed," which also featured David Guetta and RAYE.