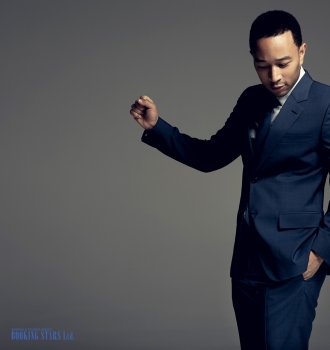 John Legend’s real name is John Roger Stephens. He was born on 28 December 1978 in Springfield, Ohio. John grew up in an average American family with three siblings. His mother was a tailor, and his dad was a factory worker. John didn’t go to pre-school. His mother took care of the boy’s education at home. Stephens demonstrated his vocal talents when he was very young. At the age of four, he already sang in a church choir. When the boy was seven, he learned how to play the piano. Legend graduated from Springfield North High School with excellent results at 16. In one of the interviews, John admitted that he had a chance to go to Harvard. However, the young man chose the University of Pennsylvania, where he studied African American literature. Later, this knowledge helped him with writing lyrics.

While Legend was in college, he devoted most of his free time to the music. In 1998, he sang Joan Osborne’s “One Of Us” in front of the college audience. The students were amazed at his talent. At about the same time, John met a famous singer Lauryn Hill, who asked the young artist to help her record a single “Everything Is Everything”, which later became a part of her album, The Miseducation.

In 1999, John graduated from college and began writing songs. He was traveling the country to find inspiration and an audience. John visited New York, Atlanta, Washington, and Boston. Finally, in 2001, the artist signed a contract with Kanye West’s label. The singer later admitted that the musician and poet J. Ivy created his pseudonym. He compared John’s songs with the work of the music industry legends.

In 2004, John recorded his debut LP called Get Lifted. In 2006, this album brought the singer a Grammy Award for Best R&B Album. The same year John won two more Grammies for Best New Artist and Male R&B Vocal Performance for the single "Ordinary People". The LP topped Top R&B/Hip-Hop Albums Chart and came in 4th on Billboard 200. It appeared in the charts of such countries as New Zealand, Norway, Demark, Belgium, the UK, and Australia. In 2005, John went on a tour to support the LP.

In 2006, Legend recorded his second LP, Once Again. Right after the release, he embarked on a support tour. The album topped Top R&B/Hip-Hop Albums Chart and came in third on Billboard 200. The songs "Save Room", "Heaven", "Show Me", "P.D.A. (We Just Don't Care)", "Another Again", "Stereo", "Slow Dance", and "Each Day Gets Better" became hits. The album was created with the assistance of such artists and producers as Eric Hudson, Raphael Saadiq, Devo Springsteen, Kanye West, Craig Street, will.i.am, Sa-Ra, Dave Tozer, and Avenue. At that time, many organizers tried to book John Legend for their private events.

In 2008, the artist released another studio album, Evolver. It featured a hit single “Green Light”, recorded with the rapper Andre 3000. The song became platinum in the USA. The album itself settled on the 4th spot of Billboard 200 and topped Top R&B/Hip-Hop Albums Chart.

In 2010, Legend worked with the hip-hop group The Roots to record their album Wake Up! The LP earned a Grammy Award for Best R&B Album and reached high spots on the charts.

In 2013, the artist released a new LP, Love in the Future. In 2014, he went on a support tour. The biggest hit featured in the LP was “All of Me”. It topped many charts all over the world and earned eight platinum certifications in the USA. The album’s producers were Dave Tozer and Kanye West. It reached the 4th position on Billboard 200.

In 2016, John released the LP Darkness and Light. It climbed to the 14th spot of Billboard 200 and reached the 5th position of Top R&B/Hip-Hop Albums Chart. The single “Love Me Now” became a huge hit, earning several platinum certifications.

In October 2018, the singer released his new LP, A Legendary Christmas. The ratings aren’t available yet.