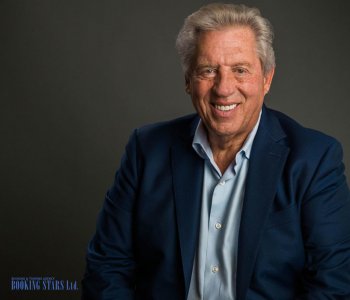 John Maxwell (1946) is a well-known author, speaker, leadership guru and pastor. John C Maxwell is a leadership expert and is known by his books. John C. Maxwell has also developed the 5 levels of leadership, which visualize at which level a leader perform and how she or he can be more influential, respected and successful.

John Maxwell is an evangelical Christian and completed his Bachelor degree at Ohio Christian University. He obtained his Master degree at Azusa Pacific University and followed his father by entering the ministry. Because of this, he also obtained his Doctor of Ministry degree at Fuller Theological Seminary, a degree which may be earned by a minister of religion who is engaged in some form of ministry.

Since the 1970s, John Maxwell has led several churches and he has served as a senior pastor in the Skyline Church for 14 years (1981-1995). As a senior pastor, he led the pastoral team and his messages were focusing on areas of leadership.

John Maxwell had always desire to make a difference in the lives of people. His passion in life is growing and equipping others to do remarkable things and lead significant and fulfilled lives. He is passionate about teaching, and for this reason, since 1995, John C Maxwell has devoted himself to full-time speaking and writing.

He and his brother Larry Maxwell have established EQUIP. The non-profit organization focusses on personal development, leadership training, speaking, and mentoring youth. The mission is to positively influence Christian leaders to impact their families, businesses, organizations, and communities.

In addition, John Maxwell challenges corporate leaders and consumers to inspire, challenge, and equip organizations to live out leadership and reach their potential through The John Maxwell company. The company assesses and assist individuals to learn and lead with excellence. The way of approach can be customized to any organizational, cultural and leadership challenges. His team comprises more than 13.000 trained and certified coaches that help in adding value to external organizations.

Since 2008, John Maxwell became more actively involved as a guest speaker in multiple churches. He has preached at Chris Fellowship, Palm Beach Gardens, and Crystal Cathedral, which was broadcasted by Hour of Power, an American religious television program that provides spiritual principles and practices.

In 2010, John C Maxwell was a keynote speaker of National Agents Alliance, a company that offers help regarding securing capital and unexpected events in the future for potential customers.

At this moment, Jon Maxwell speaks annually at the Fortune 500, a ranking list that ranks the largest corporations by gross income in America. John Maxwell also speaks frequently to International government leaders and organizations.

John Maxwell sold more than 26 million books and had been nominated by the American Management Association as the number 1 most influential leader in business in 2014. The same nomination has been given by the Business Insider, a global news corporation, and by Inc. Magazine.

Most of his books have been nominated by the New York Times as best-sellers. The books focus on leadership such as The Indispensable Qualities of a Leader and The 21 Irrefutable Laws of Leadership and have been translated and sold all over the globe.