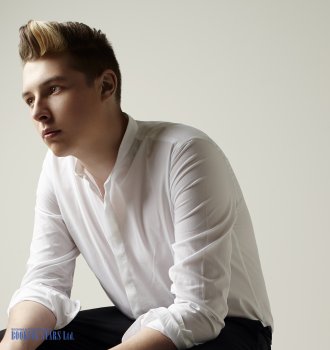 John Newman was born on 16th June 1990, in England. He is a singer, a songwriter, and a producer mostly known for such songs as “Love Me Again”, “Cheating” and “Come And Get It”. He was nominated for 3 BRIT awards and holds one Premios 40 Principales award.

John Newman started writing songs when he was just 14 years old, but fame came to him 6 years later when he worked with Rudimental and helped them record “Feel The Love”, which became a bit hit in the summer of 2012.

When John turned 20, he moved from North Yorkshire to London and created his own band, which was noticed by the producers from a recording label Island Records. Shortly, John signed his first contract. While he was performing with his band, John made friends with one of the Rudimental band members. Their single “Feel the Love” sold almost 100,000 copies in the first week. The song stayed on UK Top 10 for 11 weeks and sold over 600,000 copies in 2012.

In 2013, John released his first solo single “Love Me Again”. This song became a huge hit and still stays John’s most successful work. It topped UK Singles Chart and reached the 30th spot on Billboard Hot 100. It was certified platinum 5 times and golden 3 times. Later that year, John released his first studio album Tribute. The album was very successful in the UK, US, and Europe. It topped the UK Albums Chart and reached the 24th spot on Billboard 200. The LP received one platinum and two golden certifications.

In 2015, Newman released his second studio album Revolve. The LP reached the 3rd spot on UK Albums Chart but failed to make it into Billboard 200. A single from that album “Come and Get it” became a big hit in the UK, reaching the 5th spot on the UK Singles Chart and getting a silver certification.

Newman is currently working on his third studio album. In 2016, he released the first single from that album “Ole”.