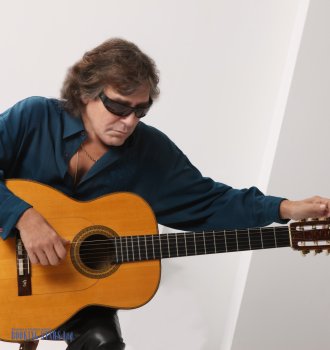 Jose Feliciano is a successful singer from Puerto Rico. The artist was born on 10 September 1945 with glaucoma, which made him blind for the rest of his life. However, the condition didn’t stop Feliciano from becoming a famous musician, who managed to achieve great heights in the music industry.

Jose was one of 11 children in an average Puerto Rican family. When he was five years old, the big family moved to New York and settled in Harlem. When Feliciano was 9 years old, he already performed in Teatro Puerto Rico in the Bronx. The boy learned how to play musical instruments on his own. The guitar was his favorite. Jose managed to achieve excellent results in playing it. The boy could stay in his room all day listening to the music of the 1950s and improvising.

When the young man was 17 years old, he quit school and started performing in nightclubs, trying to earn money to help the family. In 1962, the future celebrity signed his first contract for concerts in Detroit.

Four years later, Jose went to Mar Del Plata to perform at a local festival, where he managed to impress the representatives of the RCA Victor label (branch of RCA Records). The label offered the singer to stay in Argentina to record an album in Spanish. Initially, the producers didn’t have a detailed idea of what they needed, and Jose offered bolero music. That’s how two international hits appeared. They were "Usted" and "Poquita Fe (Little Faith)".

Soon Jose Feliciano recorded two successful albums and became popular in Latin America. He decided to conquer the USA and moved to Los Angeles. In 1970, Feliciano recorded a huge hit “Feliz Navidad”, which turned into Christmas classic in the USA and many Spanish-speaking communities all over the world. The singer’s albums were selling millions of copies. Many fans wanted to book Jose Feliciano for private events at the time.

During the Vietnam War in 1968, while many protests and meetings were being arranged all over the country, the government was trying hard to beef up the patriotism. The officials asked Jose to perform the national anthem at the World Series. People had different opinions about the singer’s style while singing the song. His slow Latin jazz seemed amazing and vibrant to some while others deemed it boring and unpatriotic. Eventually, Feliciano turned into a countercultural hero.

In 1968, the artist recorded a highly successful album, Feliciano. It made its way to the top of many Billboard ratings. It came in second on Billboard 200 and settled on the 6th spot of the UK Albums Chart. Jose earned two Grammies for the best pop vocalist and the new artist of the year.

Throughout his career, Feliciano was nominated for Grammies numerous times. He earned eight of them. Forty-five out of his 63 albums went platinum. Jose gave concerts in many countries, performed with famous singers and musicians as well as Vienna and London orchestras and the LA Philharmonic.

Feliciano was a host of one of the radio stations, wrote music for movies and TV projects. In the 1980s, Jose got a star on the Hollywood Walk of Fame. A little later, he got a similar star on San Juan’s Walk of Fame in Puerto Rico.

Jose Feliciano is one of a few artists, who managed to become extremely successful in English rock-and-roll as well as Spanish music. In 1995, in New York, the city officials called one of the art schools in his honor.

Not much is known about the personal life of the singer. In 2001, he told reporters about a relationship with a woman, whose name he didn’t reveal. Jose mentioned that they had a son with serious health problems, who died soon after birth.

In 2007, Jose presented his first album in the English language, which he recorded entirely on his own. Feliciano called it Soundtrack of My Life. In 2009, the artist earned a Grammy Award for his album, Senor Bolero.

In 2017, Feliciano released his latest albums to date, As You See Me Now and Mozart Castrato Arias. 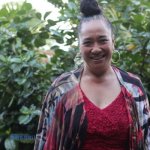