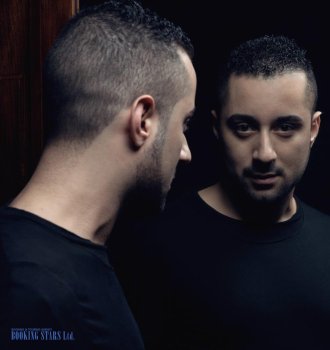 Joseph Capriati was born on July 25, 1989, in Naples Italy. He is a DJ and electronic music producer.

Joseph became interested in music when he was just 11 years old. In 1998, he tried hard to find an approach to the music industry since he was in love with hip-hop and classic house. In 1999, he started performing in local south Italy clubs. Joseph listened to many other celebrity DJs and slowly turned his passion from hip-hop to techno.

In 2005, Joseph took interest in music production. He had a desire to create his own music and perform it. He started learning how to use music programs and worked in the recording studio owned by his friend. Shortly, Joseph bought his own keyboard and started working solo. One year later, he started releasing his own tracks.

In 2006, Capriati became a resident DJ in one of the new local Naples club called Disco Seven. Joseph started performing together with the best techno DJs of the time. At that club, Joseph met the owner of GLOBOX label, who helped him release his first disc Formaldehyde. The vinyl gained great success and was played by such DJs as Richie Hawtin and Paco Osuna.

In 2007, Joseph signed a deal with AnalyticTrail and released a track “C’est La Vie”. The song allowed Joseph to gain even more recognition and even get into some charts.

In 2008, Joseph worked with a variety of artists to record such hits as EP “Orange” on Loose Records, Unrilis02, and “Round Zero”. He also produced “Agile 02” with Uto Karem. Together with Markantonio, Joseph came up with “Codice Morse” on the Alchemy Records. This recording studio released many hits with different artists. The same year, Joseph went on a long tour in USA, Europe, and South America. He visited some of the best clubs and festivals, including the Awakening.

Upon his return, Joseph recorded hit tracks “Login” and “Password” on CLR label. He also recorded another EP with them.

By 2013, Joseph already had 130 appearances in more than 20 countries. The same year, he went on a USA tour and then attended various music festivals all over the world. Capriati continues to perform live and has a tough touring schedule.