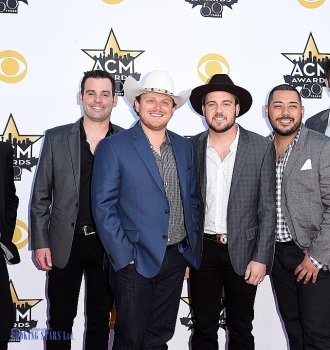 Josh Abbot formed the country group Josh Abbot Band in Lubbock, Texas in 2006. The musician attended a university in Texas where he met other band members. Being a part of the Phi Delta Theta fraternity helped him establish important relationships. Josh decided to form the band while still getting his degree. He invited other fraternity members Neel Huey, Austin Davis, and Andrew Hurt to join him. The group soon recorded its demo album, which consisted of four songs. The song “Taste” turned out to be especially successful. In 2008, the band began performing live.

Hurt and Huey decided to leave the band in 2008. Meanwhile, Preston Wait (fiddler, guitar player) and Ed Villanueva (drummer) joined the rest of the lineup. After the lineup change, the group recorded its first LP, Scapegoat. The album didn’t make it into the charts. In 2010, two more musicians joined the band. They were James Hertless (who left the group eight years later) and a guitar player Caleb Keeter.

The next LP, She's Like Texas, came out in 2010. It appeared on Top Country Albums Chart and earned positive reviews from the critics. For example, one of the reporters from Allmusic gave the album four out of five stars and compared the musicians to a Grammy Award winner Steve Earl. He also noted that Abbott finally started writing high-quality songs.

In February 2010, the band performed at a nightclub Billy Bob’s Texas. It was an important promotional step for the group. More than six thousand tickets were sold.

She's Like Texas, featured a single “Oh, Tonight”. It reached the 59th spot of Country Songs Chart and then moved up to the 44th position. The song was recorded with Kacey Musgraves, who was a finalist of the TV music contest Nashville Star. At that time, many fans wanted to book Josh Abbott band for private events.

The third album, Small Town Family Dream, came out in April 2012. The album managed to reach high spots on the chart. It came in 5th on Top Country Albums Chart. Over 20,000 copies were sold in the first week. Later, the group released a music video for the second single “Touch”, which featured reality show stars Melissa Rycroft and Tye Strickland. The single played in the movie The Longest Ride (2015).

In the summer of 2015, Josh Abbott Band announced the release of the fourth album, Front Row Seat. The key subject of the LP was Josh Abbott’s failed marriage. The first single “Amnesia” appeared along with a music video, which was promoted on the radio SiriusXM The Highway. The LP, Front Row Seat, which appeared in November reached the 9th spot of Top Country Albums Chart and sold almost 13,000 copies in the first week.

In March 2016, the band recorded a single “Was Not That Drunk” featuring a young country singer from Nashville, Carly Pearce. The song sounded on the radio and earned positive reviews from the critics. The same year, Josh Abbott Band appeared on “Jimmy Kimmel Live!”. The musicians also performed “Amnesia” on CONAN.

The fifth album recorded by the group appeared in 2017. The LP Until My Voice Goes Out reached the 22nd position on Billboard’s Country Chart and edged its way into Billboard 200, settling on the 141st spot. The songs featured in the album talked about Abbott’s latest life experiences, starting from the birth of a daughter and ending with the death of his father.

In 2017, the group performed at a country music festival Route 91 Harvest. In 2017 and 2018, Josh Abbott Band recorded such popular singles as “Texas Women, Tennessee Whiskey”, and “Girl Down in Texas”. 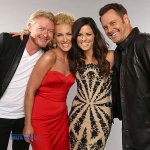 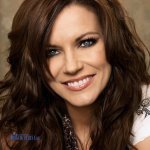