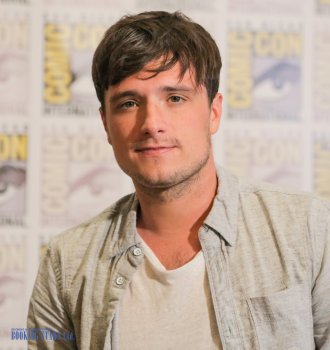 Joshua Ryan Hutcherson was born on 12 October 1992 in a small Kentucky town Union. Josh wanted to be an actor ever since he was 4 years old. Back then, he saw Jake Gyllenhaal on the TV screen and decided to make him a role model. Parents supported the young actor. When he was just 9 years old, Joshua debuted in the TV series House Blend and Becoming Glen. He also got a role in ER.

In 2003 and 2004, the young actor took on serious projects. He worked on two movies, three TV films, and two series. He also voiced three animated characters. Hutcherson received a Young Artist Award for one of the animated movies, The Polar Express. Josh also participated in many Hollywood events.

In 2005, Josh’s schedule was rather busy. He worked on four movies. The main role in Little Manhattan made Hutcherson famous.

The next project was the leading role in the movie Zathura: A Space Adventure, where Josh portrayed Walter. The movie featured a big number of special effects and stunts, which the young actor loved. The role brought Josh another Young Artist Award for Best Performance in a Feature Film (Comedy or Drama) – Leading Young Actor.

In 2006, Hutcherson worked on the movie RV, where he portrayed Carl Munro. The role of Bob Munro was played by Robin Williams. Again, Josh received a Young Artist Award nomination but this time lost to Logan Lerman. The situation was rectified in 2008 when he won the award again thanks to an excellent performance in Bridge to Terabithia.  Between 2007 and 2008, Josh worked on Firehouse Dogs, Winged Creatures, and Journey to the Center of the Earth.

In 2010, Josh got a role in a tragicomedy The Kids Are All Right. He played the son of a lesbian couple, performed by Annett Benning and Julianne Moore. The movie got high scores from the critics and earned two Golden Globe Awards. The role in this movie became a turning point in Josh’s career.

In 2011, Hutcherson got a role in The Hunger Games series as Peeta Mellark. The first part came out in 2012 and became one of the bestselling movies of the year. The Hunger Games brought Hutcherson an MTV award. He also received NewNowNext 2012 года and National Association of Theatre Owners's 2012 CinemaCon awards.

In 2012, Josh landed a role in the remake of the 1984 movie Red Dawn. The movie was a failure on Rotten Tomatoes and became the worst project in Hutcherson’s career.

In 2013, Josh played in the second part of The Hunger Games: Catching Fire. Again, he landed an MTV award for Best Performance. The project itself became the best-sold 2013 movie in North America. It earned $420 million.

In 2017, Hutcherson started filming the Sci-Fi series, Future man, where he has the leading role and producer’s responsibilities.