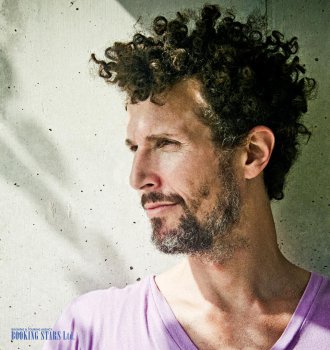 Josh Wink was born on April 20, 1970, in Philadelphia, USA. He is a DJ, remixer, and producer. He has his own record label Ovum Recordings.

Josh Wink (real name Joshua Winkelman) started his musical career when he was just 13 years old. He worked as an assistant in one of the DJ societies in his native Philadelphia. Soon, talented Josh started using the equipment to create new music. At first, Josh had a tough time performing but soon he learned how to control the audience’s mood on the dance floor. Shortly, he kept the heat in the clubs up higher than ever.

Josh’s parents approved their son’s hobby and helped him in the beginning of his career. In 1988, Josh met a DJ King Britt, together with whom they recorded “Tribal Confusion” on Strictly Rhythm label. The track became the underground classic.

Even though Josh’s DJing career was very successful, he kept thinking about releasing his own songs. Together with Britt, they created their own record label Ovum Recordings and released his first solo work “Liquid Summer”.

Singles and remixes created for such artists as Moby helped Josh with his DJ career. In 1995, he created an intriguing electro house song “Higher State Of Consciousness”, which was initially released on the B-side and a hit single “Don’t Laugh” that talked about 4 minutes from the life of a person, who inhaled some laughing gas.

In 1996, Josh released a new version of the single “Higher State Of Consciousness ‘96”, which was a big hit. Josh Wink became part of the music history as the creator of an acid generation anthem. The same year, Josh released two albums.

In 1998, the LP Herehear was a unique creation, which radically differed from Josh’s previous work. He collaborated with different artists to create hit singles, such as “I’m on Fire”, “6th Sense”, and “Black Bomb”.

Josh Wink released three more albums on Ovum Records. The latest one to date is When a Banana Was Just a Banana (Remixed & Peeled) (2010). Josh continues to work on his career as a DJ, solo artist, and producer. He also performs live.