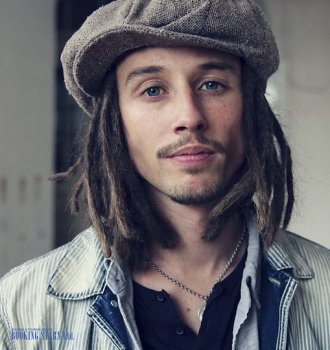 JP Cooper’s full name is John Paul Cooper. He was born on 1 November 1983 in the Manchester suburbs. When he was a child, Cooper was much more into sports than into music. He started appreciating music in the teenage years. John discovered grunge and taught himself how to play the guitar. In high school, Cooper had his own band. Later, John discovered soul. He listened to such artists as Donny Hathaway and Ben Harper. After high school, Cooper worked as a barman. In his free time, the aspiring singer recorded songs.

Cooper began his music career rather late. When he was 29 years old, JP released his first two EPs ЕР1 and ЕР2. The albums didn’t become hits overnight or make it into the charts. However, the artist managed to get some attention from the critics and alternative rock fans. A year later, in 2013, John released one more album with a telling name ЕР3. The series of three albums allowed John to collect an army of fans without getting into popular charts.

In 2014, Cooper released another EP, Keep the Quiet Out. It featured such successful songs as “Colour Me In Gold”, “What Went Wrong”, “A Little While Longer”, “Ocean 2”, and “Keep The Quiet Out”. A year later, the artist presented one more EP, When the Darkness Comes.

In 2016, the musician released two non-album songs, "Party" and "Five More Days", recorded together with Avelino. Again, the songs didn’t chart but received great reviews from the fans.

In October 2017, John finally recorded his debut studio LP, Raised Under Grey Skies. It featured songs from the previous albums and several new ones. The LP reached the 9th spot on UK Albums Chart, came in 10th on Scottish Albums Chart, climbed the 21st position of Irish Albums Chart, and settled on the 40th place of Dutch Albums (MegaCharts). Overall, the success of the LP was impressive, especially considering the lack of official approval of the previous albums.

The debut album featured JP Cooper’s greatest hit to date, "September Song". The song made it to the 7th spot of UK Singles Chart and Irish Singles Chart. It reached the top -10 of the charts in Sweden, Belgium, Denmark, and the Netherlands. Two more singles from the LP, "Passport Home" and "She's on My Mind" became successful in the UK and Belgium. Once the international fame came, many fans tried to book JP Cooper for their private events.

In 2018, the artist released two songs, "All This Love" and "Dancing". The latter was recorded together with Friction.

JP Cooper often works with other artists and becomes the guest of many albums. In 2018, he collaborated with Craig David to record “Get Involved”, with Gorgon City on “One Last Song”, and with Bugzy Malone on “Ordinary People.”

Cooper is working hard to continue his career. He records new songs and performs live. 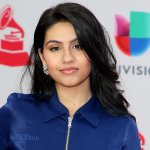