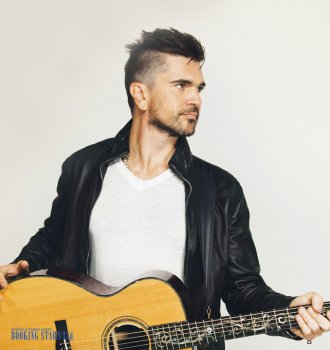 Juan was born on August 13, 1972, in Carolina del Principe, Columbia. The boy’s relatives called him Juanes, from a combination of two names Juan and Esteban. Later this combination became a stage name.

He was the youngest of six children in the family. Juan’s father and elder brothers taught the 5-year-old boy how to play the guitar. When he was just seven years old, Juanes decided to become a musician.

Despite it, his interest developed further. When Juanes was 16 years old, he organized the band Ekhymosis, where he was a singer and guitarist. The teenagers found the band's name, which translates as bruise, in a medical vocabulary.

In 1988, they gave their first concert. After a big number of concerts arranged with their own money, they released the first EP Ekhymosis, which consisted of two songs. Both of them condemned the wave of violence and rioting, which was spreading all over Columbia at the time.

When they were recording the EP, a representative of the record studio Codicos heard their music, became interested in it, and supported the release of their first LP Nino Giganto(1993).

By 1994, the band became popular in Columbia. Due to strong disagreements among the members, the group fell apart in 1998, after giving the last concert in 1999.

After Ekhymosis disbanded, Juanes continued to write songs and give new sounds to folk melodies. In 1998, he moved to Los Angeles, settled in a tiny apartment and continued to create music for his solo LP Fijate Bien. The singer recorded it with the support of producer Gustavo Santaolalla (La Casa) in 2000. LP became famous all over Latin America. Songs from it were a compilation of rock, salsa, trans, and folk.

At 29, Juanes became a musical revelation of the year and received seven Grammy Latino Awards 2001.  Cooperating with Gustavo, he released his second LP Un dia Normal in 2002 with Columbian folklore as its basis. That year the singer earned a Grammy Latino Award for the Best Rock Song. The following year he received four awards. All venues tried to book Juanes for their events.

In 2004, he married a Columbian model and actress Karen Martinez. Nowadays they are raising two daughters and a son.

As of today, Juanes released five solo albums. His duets with Nelly Furtado and The Black Eyed Peas were very popular. Juan’s music is incredible and unique, full of sounds and rhythms.

Apart from music, the singer is a social speaker.  From the early days of his career, he has been supporting peace. Juanes established Mi Sangre Foundation to help victims of anti-personnel mines and held several charity concerts.

In 2009, he performed at a free concert “Peace Without Borders” in Havana, which was attended by more than one million people.

On April 2013, Juanes released an autobiography Chasing The Sun. 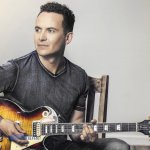 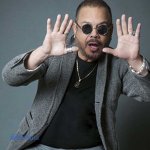