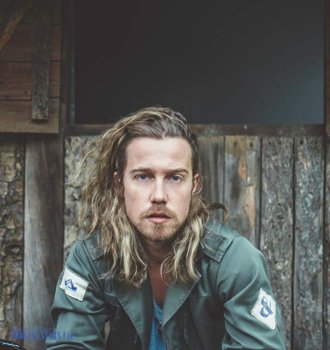 Julien Dore was born on 7 July 1982 in a French town Ales. Later, he moved to Lunel and then to Nimes. In Lunel, Dore attended high school and played for the football team, Gallia Club Lunel. Then the singer enrolled at the School of Fine Arts in Nimes.

In 2002, Julie formed a band Dig Up Elvis together with his three friends. The group started performing in bars and clubs of Nimes.

In 2006, together with Guillaume de Molina, Dore launched a project called The Jean D'Ormesson Disco Suicide.

In 2007, Dore performed at a local TV talent show, Nouvelle Star. He eventually won the contest, jump-starting an impressive solo career. The same year, ELLE magazine called him the sexiest man of the year. Before becoming famous at Nouvelle Star, Julien worked in a logistics company and continued performing with Dig Up Elvis.

Initially, Dore wanted to come to Nouvelle Star to promote his group. When performing on the show, the musician played the guitar that had a sticker with the band’s name on it. At the contest, the artist performed his interpretation of Sharko’s “Excellent”. At first, the judges didn’t accept Dore’s singing. They offered him to perform acapella. Julien sang The Jean D'Ormesson Disco Suicide’s song “Funny Fishy Pussy", which the judges liked.

After the show, Julien went to audition for Trianon Theater. He became one of the 15 candidates chosen for live performances. At the same time, he started working on Madonna’s project, Like a Virgin

Later, together with his project The Jean D'Ormesson Disco Suicide, Dore recorded a cover for Alizee’s "Moi ... Lolita". The song allowed the artist to attract the attention of the media.

In the summer of 2008, Julien released his debut LP, Ersatz. More than 100,000 copies of the album were sold, making it gold. The album came in second on the national French chart. Many organizers wanted to book Julien Dore for private events.

The first song for the LP was “Les Limites”. It was written by the rock musician David Scima. The single became a hit. To record the album, Julien invited many French celebrities, including Christophe, Arno, Cocoon, and Herman Dune. The artist noted that at that time he was inspired by the band Archive and the poet, Serge Gainsbourg.

In October 2008, Dore went on a tour to promote his debut LP. He also played new songs and some covers. Upon returning from the tour, the artist released an EP, Bash, which featured five tracks in the English language. The EP was released with the support of ELLE Magazine.

In 2011, the artist released his second LP, Bichon, which earned gold status. To record the album, the singer worked with such celebrities as Arman Melies, Dominique A, Philippe Katerine, Benjamin Lebeau, and The Shoes. In September, he embarked on a 4-month tour to support the new album.

In 2013, Dore released a new single called "Paris-Seychelles". It was recorded for the third LP, Love. The album sold over 400,000 copies and became platinum. The next summer, the artist performed at the La Rochelle stage with songs from Étienne Daho’s album Notte, Notte

In 2015, the artist earned another Victoires de la musique award. The next year, he released a new LP with a short title, &, which was so commercially successful than managed to receive diamond status. The LP sold over 500,000 copies and topped French and Belgian charts.

Even though Julien became successful as a solo artist, he continued working with his group, Dig Up Elvis. The band’s most successful songs are "Melodrama in Helsinki", "Bach Rickenbacker", "Bloody Protection", "Mona Liza", and "I shit on my Rock and Roll". In 2010, the band released an EP, The Gipsy and The King, which they recorded during the club performances.

In 2018, Julie released his latest album to date, Vous & moi. It came in second on French and Belgian national music charts.