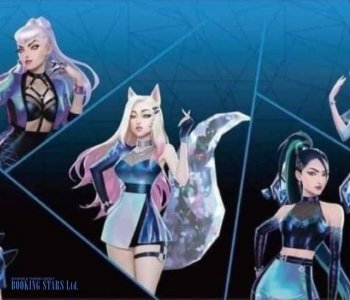 Rio Games has released the music video POP / STARS of the fictional group K / DA, which consists of four heroines of the online game League of Legends. Connoisseurs of this will be pleased to know that Ari, Evelyn, Kai'sa and Akali have suddenly turned into singers (and rappers).

Here's some good news for fans of pop music, including Korean ones: Madison Bier, Jaira Burns and two members of the popular group (G) I-DLE - Jung Soyeon and Cho Miyeon sing for the playable characters. Apparently, in such a cunning way, Riot Games is trying to captivate ordinary music lovers with its game. And not for the first time - remember at least the collaboration with Imagine Dragons.

As for the POP / STARS, the song turned out to be normal, and the video is generally wonderful. New skins of Ari, Evelyn, Kai's and Akali can already be purchased in the game itself (but this must be done before November 20).

Oh yeah, K / DA's career did not end with the release of the video - the group performed at the opening ceremony of the 2018 League of Legends World Cup final.

Visitors to the event enjoyed the live performances of all of the aforementioned singers, and those who watched the ceremony on the Internet had the opportunity to gaze at the heroines of the game, which the organizers added using augmented reality. It is also quite a worthy sight.