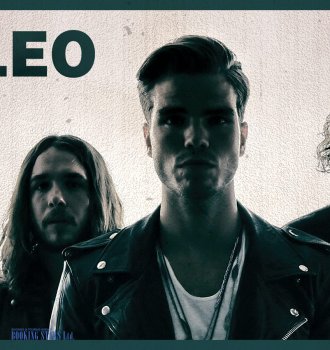 JJ Julius Son, David Antonsson, and Daniel Kristjansson met each other back in middle school in Reykjavik suburbs. When they turned 17, the young musicians decided to form a band. In 2012, they were joined by a guitarist Rubin Pollock. The name Kaleo came from the Hawaiian word, which means “sound”.

In November 2012, the band gave its first performance at Iceland Airwaves Music Festival. At about the same time they presented their first song “Vor í Vaglaskógi,” which brought them popularity in Iceland. It appeared on the national radio station Rás 2 and became one of the 10 most popular songs there. At the end of 2012, the group signed a contract with the largest recording label in Iceland, Sena.

In 2013, Kaleo recorded their debut album, which received the group’s name. It earned a gold certification in Iceland. Five songs from the LP became top hits in the musicians’ native country. After the release, Kaleo went on their first European tour.

In 2014, Kaleo presented a hit song "All the Pretty Girls", which collected over 87 million views on Spotify. Thanks to such a huge success, a large label Atlantic Record offered the band a deal. They accepted it in 2015 and moved to Austin, Texas. The same year, the band attended South by Southwest (SXSW) festival where they caught the attention of the American media. Esquire magazine put them on their list of "40 Bands You Need to Hear". Meanwhile, "All the Pretty Girls" entered Billboard's Adult Alternative Songs chart and settled on the ninth position. Many fans were hoping for a chance to book Kaleo for their private events.

The band started working on the next album and released a single called "No Good". It reached the 7th spot on Canadian Rock/Alternative Chart and the 9th spot on Billboard Mainstream Rock Chart. The song brought the young band a Grammy nomination for "Best Rock Performance".

In August 2015, Kaleo presented one of their most successful songs "Way Down We Go". It was written and produced solely by the band members. It topped Billboard Alternative Songs and Rock Airplay Charts.

The song made it into Billboard Hot 100 (54th spot) and entered charts of 13 other countries, including Greece, where it debuted on the very top. The single also appeared in the American drama Collateral Beauty and the trailer to the movie Logan. It was also featured in a variety of popular series, including The Vampire Diaries. The single was used in commercials and the video game FIFA 16.

"Way Down We Go" earned a platinum certification in the USA after selling over a million copies. It also showed excellent sales in Australia, Germany, and Canada.

In June 2016, the band released its second album with a short name A/B. The name idea belongs to Julius Son, who is a big fan of vinyl records that have two sides. He believes that two sides of a record allow the band to demonstrate two different creative approaches to music. The “A” side is for rock-n-roll and blues and the “B” side is for ballads. The LP reached the 16th spot on Billboard 200 and the 4th position on Top Rock Albums. It also scored high spots on other world charts.