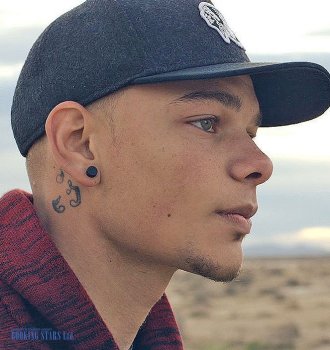 Kane Allen Brown was born on 21 October 1993 in Fort Oglethorpe, Georgia. He was raised by a single mom. The family was poor and moved around a lot. Kane sang in the school choir and enjoyed R&B music. When graduating from high school, Brown won a school talent contest after performing Chris Young’s song "Gettin' You Home". After that, he became a big country music fan.

In 2013, Brown auditioned for X-Factor and was accepted. However, the artist soon left the show because he didn’t want to be a part of a boy band.

In 2014, Kane started uploading his videos with cover versions of such famous singers as Alan Jackson and Brantley Gilbert to Facebook. In one of the interviews, Brown remembers how he suddenly became popular when one of his songs was reposted over 60,000 times. The cover version of George Strait’s song “Check Yes or No”, which was uploaded in the fall of 2014, collected 7 million views. Shortly after, the number of Kane’s followers reached 1 million. At about the same time, Brown released a promotional music video of his single "Used to Love You Sober". It was viewed over a million times in just 3 hours. In a week, the song collected 11 million views. The success was so impressive that the young musician shortly signed a contract with a recording label Zone 4.

In 2014, Kane announced that he was collecting money for his first EP through the crowdfunding site Kickstarter. The first single "Don't Go City on Me" came out in October and reached the 43rd spot of Country Digital Songs Chart.

By June 2015, the musician collected enough money to record an EP and released a 6-track album Closer. It debuted on the 22nd spot on Top Country Albums and reached the 161st position on Billboard 200. After the music video for "Used to Love You Sober" was released, the EP earned even more popularity and reached the 40th spot of Billboard 200. The song itself climbed to the 2nd position of Country Digital Songs Chart and was later certified gold by RIAA. In November, Kane released "Last Minute Late Night", which made it to the 31st spot of Hot Country Songs.

At the beginning of 2016, Brown signed a contract with Sony Music Nashville. In March, he released an EP, Chapter 1, which was a big hit. It reached the 9th spot of Billboard 200 and became popular in Canada. In the summer, Kane worked with Florida Georgia Line during their Dig Your Roots Tour. In November, Brown went on his own Ain't No Stopping Us Now Tour. By that time, the musician was so popular that many fans were hoping to book Kane Brown for their private events.

Kane’s 1st studio album Kane Brown came out in December 2016. It was a success. The LP topped Top Country Albums Chart and reached the 5th spot on Billboard 200. Eventually, the album sold over 300,000 copies and earned a gold certification from RIAA.

By the end of 2017, Brown was nominated for ACM Awards as "New Male Vocalist of the Year" and for CMT Music Awards as "Breakthrough Video of the Year" for the song "Used to Love You Sober".