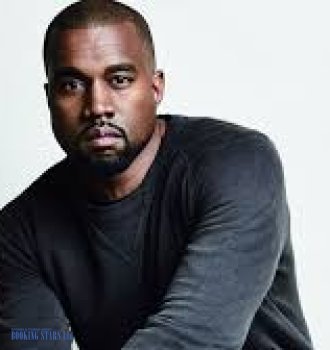 Kanye West’s full name is Kanye Omari West. He was born on 8 June 1977 in Atlanta, Georgia. His parents divorced when Kanye was 3 years old. Together with his mom, the boy moved to Chicago. West’s mother was an English professor. His dad worked for The Atlanta Journal-Constitution as a reporter. When he was 10, Kanye and his mother moved to China since she was offered a job there. Later they moved back to Chicago. The aspiring rapper attended Polaris High School and got good grades.

Kanye showed an artistic talent in the early childhood. He learned how to draw, wrote poetry, and sang. Initially, West wanted to become a computer game designer. He even wrote soundtracks for them. In the third grade, Kanye started reading rap. At 13, the young musician recorded his first song “Green Eggs and Ham”. He asked his mother for $25 to pay for recording the single in a professional studio. During that period, the young man met a producer No I.D., who later became his teacher.

Between 1997 and 2000, Kanye was getting an education. He attended Chicago State University and American Academy of Art. However, the young man soon realized that education didn’t have anything to do with his love for music and dropped out.

In 2004, Kanye recorded his first solo album, College Dropout. It reached the 2nd spot of Billboard 200. The leading single "Through the Wire" earned a gold status. Before the album’s release, the musician also tried himself as a producer working at Roc-A-Fella Records. He collaborated with such celebrities as Ludacris, Alicia Keys, Beyoncé, and even Janet Jackson. Even though Kanye was doing a good job as a producer, he felt that a solo singing career was his dream.

In 2005, the rapper released his second LP, Late Registration. The album sold 2.3 million copies. It featured such popular songs as “Hey Mama”, “Addiction“, “Drive Slow”, “Touch the Sky”, and “Heard ’Em Say”. The new album had a more appealing sound since the rapper used the money earned from the sales of the first LP to hire a string band.

In 2006, West worked with U2. At that time, Kanye realized that he should write singles to they sound good on big stadiums. With that in mind, the rapper presented a new LP, Graduation. The release date was the same as for 50 Cent’s album Curtis. The media talked about the competition between the rappers. In the first week after the release, Graduation sold 957 thousand copies while Curtis sold 691,000. Kanye’s LP was a clear winner and topped Billboard 200.

At MTV VMA 2008 ceremony, West presented his new album 808s & Heartbreak. He performed the song “Love Lockdown”, which climbed to the third spot of Billboard Hot 100. Back then, Kanye was going through tough times. His mother died, and he broke up with his girlfriend Alexis Phifer.

In 2010, the rapper recorded a new LP, My Beautiful Dark Twisted Fantasy. In 2011, together with Jay-Z, the musician recorded Watch the Throne. Both LPs topped the USA music charts.

In 2013, Kanye released his sixth studio LP, Yeezus. It climbed to the top spots of many European charts and topped Billboard 200.

In 2014, West collaborated with Adidas to release a new collection of sports clothing.

In 2016, Kanye presented The Life of Pablo. A year later, Ye came out. The LP topped the charts in the USA, Australia, Canada, and many other countries.

The rapper is actively working on his music career. He writes new songs and performs live.