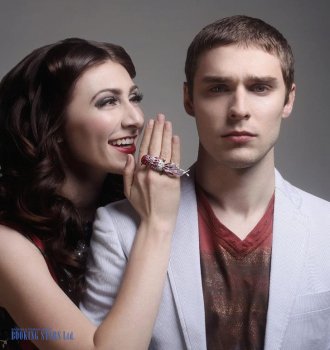 Karmin is an American duo, performing pop, synthpop, and hip-hop. It was formed in 2010 by Amy Renee Heidemann and Nick Lewis Noonan.

Amy was born on 29 April 1986. The future celebrity attended school in Seward, Nebraska. When she was in 6th grade, the girl started demonstrating an impressive vocal talent. She was a big fan of rap, which was gaining popularity at the time. However, her parents were against such music preferences and tried to raise the girl as an exemplary Catholic.

Nick was born on 27 April 1986, just two days before Amy. He attended school in Old Town, Maine. The boy became interested in music rather early. He played the trombone in the school jazz orchestra and was a big fan of the classic rock.

Nick and Amy met each other in Boston. Both enrolled at Berkley. Even though the musicians had different majors, it didn’t stop them from finding time to date. Nick and Amy became a couple in 2005 and started living together shortly after.

In 2008, both young musicians graduated from Berkley and decided to start their own music project. At first, they were creating cover versions of popular singles and uploading them to YouTube. They called themselves Karmin. It stems from the Latin word “carmen”, which means “song”.

In 2010, Karmin released its first EP, Inside Out. They recorded it independently. The album contained mostly acoustic songs. Since the couple didn’t have enough money for a drum set, Nick had to use a wooden box to play. The album didn’t become popular but helped Karmin acquire useful experience.

In April 2011, Karmin recorded a cover version to Chris Brown’s “Look at Me Now”. Then they worked on Lil Wayne’s “6 Foot 7” and Nicki Minaj’s “Super Bass”. These covers helped the duo gain some of the public’s attention, mostly due to Amy’s impressive vocal talent and her special approach to rap. The same year, the duo’s song “Take It Away” appeared at the promos to the NBA finals. It was a big success for the group even though the song didn’t make it to the high spots of any charts.

In June 2011, Karmin signed a contract with Epic Records, moved to Los Angeles, and started working on a new album, in a studio this time. At the end of the summer, the artists presented a single “Brokenhearted”, which earned high scores from the critics, who noted the professionalism of the vocalist. The song topped US Dance Club Songs Chart and sold almost a million copies in the USA. At that time, many fans started trying to book Karmin for private events but rarely succeeded.

In October 2011, Karmin recorded a new single “Crash Your Party”. It reached the 38th spot of the Mainstream Top 40 Chart. The music video for the song collected eight million views in just the first month after the release.

In February 2012, Karmin appeared on Saturday Night Live to perform “Brokenhearted” and “I Told You So”.

In May 2012, the group presented its first studio EP, Hello. Initially, it was planned as an LP, but the musicians didn’t manage to record enough tracks. The critics didn’t give as many positive reviews to the album as Karmin hoped for. Nevertheless, it reached the 18th spot of Billboard 200.

In July 2013, the duo released a new single, “Acapella”. It was very popular in Australia and New Zealand. In the USA, the song reached the 72nd spot of Billboard Hot 100. In March 2014, Karmin finally finished its LP, Pulses, which climbed to the 32nd position of Billboard 200.

In the summer of 2014, the duo left Epic Records, saying that the label limited their creativity. The artists started working on the next LP. They wanted each track to have the name of one of the astrological signs. In October, the group released two singles, “Sugar” and “Yesterday”.

In March 2015, Karmin presented an indie pop single “Along The Road”, which the fans really appreciated. They continued working on the new LP.

At the beginning of 2016, Amy and Nick got married. In September, they presented the long-awaited LP, Leo Rising, which appeared on the 27th spot of Independent Albums Chart. Each of the tracks featured in the album had its own music video.

In 2017, the duo went through a rebranding and started calling itself Qveen Herby. There were rumors about the couple’ break up. However, in 2018, they went on a tour to support Leo Rising. Meanwhile, Qveen Herby is releasing new hits and performing live. 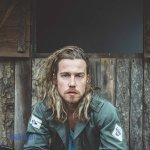