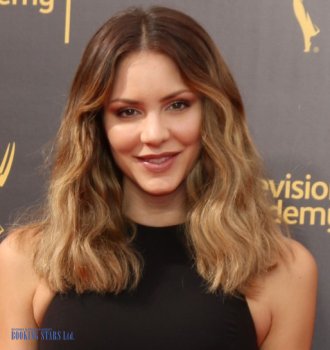 Katharine McPhee was born on March 25, 1984, in California. She is a singer, a songwriter, model, and an actress. McPhee is mostly known for her second place on the fifth season of a popular TV show American idol and for such hits as “Somewhere over the Rainbow” and “Over it”.

Katharine started singing when she was just two years old. Her mother Patricia Burch McPhee, known as Peisha Arten, noticed her daughter’s talent and started working on her career.

Katharine graduated from high school in 2002. During her time at school, she enjoyed swimming and had a few roles in the school’s drama theater. McPhee performed with her younger sister Ariadne. After finishing high school McPhee enrolled to Boston Conservatory. She studied and performed at the theater simultaneously. McPhee also landed a few roles in local musicals. When she was still in school, she already signed a contract with a producer, who eventually invited Katharina to Los Angeles, where she attended various castings.

In 2006, McPhee was offered a role in the musical Crazy. A year later, she was invited to star in The Ghost and Mrs. Muir и Annie Get Your Gun. At the same time, she worked on the MTV show You Are Here. The same year Katharine decided to start a music career. She signed a contract with RCA Records and recorded two singles “Somewhere Over the Rainbow” and “My Destiny”, which fared well on both USA and UK charts.

In 2007, McPhee released her first studio album Katharine McPhee, which reached the 2nd spot of Billboard 200. She released three more albums Unbroken (2010), Christmas is the Time to Say I Love You (2011), and Hysteria (2015). All of them were moderately successful.

McPhee spent most of her time landing various roles in the movies, TV series, and music videos. When she had breaks between the movies, Katharine worked on her music. Even though she is an active actress, who arduously works on her acting career, McPhee doesn’t forget about the music world. She still writes new songs and performs live. 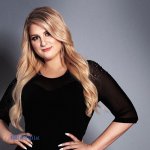