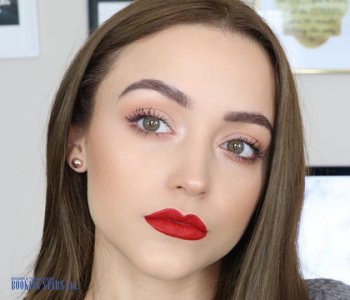 Kathleen Fuentes is a popular beauty vlogger on YouTube. Since starting her first YouTube channel ‘Kathleen Lights’, the beauty guru has gained more than 3.5 million subscribers. She provides simple and easy tips for doing makeup at home. These videos which have been viewed by millions of viewers also led to collaborations with cosmetic companies like ‘Colorpop’, ‘Ofra Cosmetics’, ‘Morphe Brushes’, and Makeup Geek’. She has also launched her own line of cruelty-free nail polish ‘KL Polish’, which has been received very well by users. She is considered to be one of the most influential beauty vloggers of 2016–2017 and has gained over 2 million Instagram followers on her account ‘kathleenlights’. She is highly active on Twitter and often tweets about her personal life and beauty products. Kathleen also has a second YouTube channel named ‘DaysOfOurLights’ which is more focused on personal vlogs about

She started her YouTube channel ‘KathleenLights’ on January 26, 2013, and started posting videos on makeup tips. Initially she struggled to create her own niche. While her videos were getting views, it wasn’t until ‘Get Ready With Me! Date Night Makeup ft. Naked Basics Palette’ published on April 10, 2013, that she started gaining the attention of viewers. The video went on to get 1.3 million views and catapulted her to the status of one of the top beauty vloggers. Some of her more popular videos following that were ‘Unboxing- April 2013 Ipsy Bag- First Impressions- Is it worth it?’, ‘Products I Regret Buying!’, and ‘My MUST HAVE Makeup Products!’ which received thousands of views.
Recommended Lists:Aquarius YoutubersAmerican VloggersAmerican YouTubersWomen Beauty Vloggers
On May 29, 2013, she posted the video ‘The Husband Tag!’ and on July 8, 2013, the video ‘Husband Does My Makeup Tag!’ which received over 1.7 million views each, making them two of the most viewed videos on her channel till then. Kathleen Fuentes’ videos are characterized by her trying to promote affordable makeup and also to test the claims made by brands.