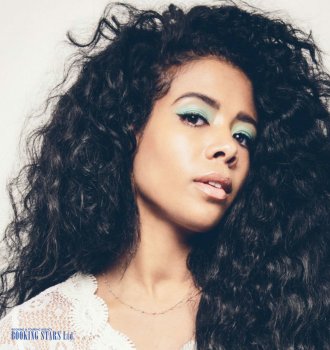 Kelis was born on August 21, 1979, in New York. She is a singer and a songwriter mostly known for such songs as “Milkshake” and “Bossy”. Kelis holds various awards, including BRIT and NME awards.

Kelis Jones is an interesting person, which is outlined by her compilation name that comes from her parent’s names Kenneth and Iveliss. She loved jazz and pop music ever since she was born since her father was a professional jazz player and her mom was an artist and designer. Kelis has African and Puerto Rican heritage.

By the time Kelis turned 18 she knew how to play several instruments. Her father did everything he could to give Kelis a good musical education. He taught her how to play the piano, violin, and saxophone. At 16, Kelis attended La Guardia College. She was a rather arrogant teenager, who tried to run away from home several times. Eventually, her parents gave up and allowed Kelis to make her own choices while finding a way to earn money.

While she was studying, Kelis established her own band BLU. She was noticed by a few producers and some time later signed a contract with Virgin records.

In 1999, Kelis released her debut album Kaleidoscope, which reached the 144th spot on Billboard 200 and 43rd spot on UK Albums chart. The single from that album “Caught Out There” became a hit. Kelis mixed several styles, including R&B, soul, hip-hop, and rock. Sometimes her music even seemed hard and aggressive, which only added to her popularity.

In 2001, Kelis recorded her second studio album Wanderland. The LP didn’t make it into the American charts. However, the UK and European audience appreciated it. The album made it to the 78th spot on the UK albums chart.

In 2003, Kelis finally earned worldwide recognition with her third album Tasty. It reached the 27th spot on Billboard 200 and 11th spot on UK Albums Chart. The LP was certified platinum.

In 2006, Kelis released her fourth studio album Kelis Was Here, which was her most successful LP so far. She went on to release two more albums Flesh Tone (2010) and Food (2014), which were also successful. Kelis continues to write new songs and performs live.