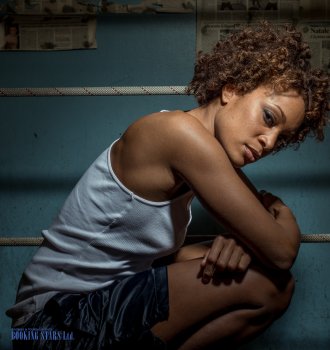 Kelly is a French musician born in 1982. She comes from a notable family that also has connection to music and art. Her father King Joe Bale is a composer while her mother Emmanuelle Vidal Simoës de Fonseca is the founder of the band Chocolats. She also writes songs released by the band.

From the early childhood, Kelly’s life was connected with music. She took violin and piano lessons. Besides, she visited the Royal Academy to learn how to dance. Later on, she enrolled in one of the Academies in London since she wanted to study how to sing. Her first performance happened back in 2001. She released the single “Vivre la Vie” that instantly became popular not only in France, but also received worldwide recognition. The single was called one of the top 10 CDs most sold.

The same year she presented to the public her debut EP entitled “Kelly Joyce”. There were more than 800,000 copies of the album sold worldwide. Besides, the singles from the album were broadcast on the radio and TV in all parts of the world – Canada, New Zeeland, Siberia, Africa and Asia. The album shows how diversified Kelly’s talent is. The singles are written in a variety of genres and styles, starting from the tango to the Caribbean rhythms. The album won Kelly a nomination at the French Music Awards.

Kelly also took part in a number of festivals all over the world. In 2003, she was invited to take part in the Christmas concert that took place in Vatican.

Her next album entitled “Chocolat” was presented to the public in 2004. In 2005 and 2006 respectively she worked in collaboration with Esa&Fish and released singles “Cos’e che vuoi da me” and “Mi porti su”.

The next single was released in 2009. It was entitled “Rendez-Vous”. A well-known phone company used it in their advertisements in 2010. An interesting fact is that Kelly Joyce got inspired by the particular video of the 30-es. As a result, she produced the song.

In 2011, she was invited to perform on the biggest stage of the Moscow theater “The Crocus City Hall”. Next year, in collaboration with Four Crackers, she released the single “Wake Up”.

In 2015, she performed the song “Baku Smiles” that was used as the official song of the first European Olympic Games. The Azerbaijani version of the song was recorded in collaboration with Tunzale Agayeva.

At present, Kelly is working on her new album. It can be said that she lives between Italy and Bali Indonesia. 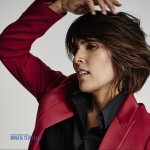