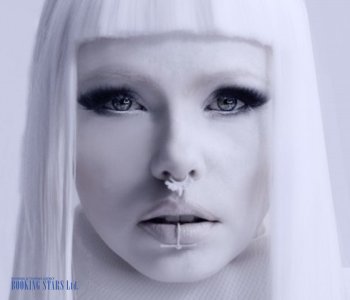 The singer’s full name is Kerli Koiv. She was born on 7 February 1987. Music lovers found out about the artist when she came in second on the Estonian talent contest Eurolaul 2004, which was founded to select a country representative for Eurovision. At the contest, the singer presented her hit “Beautiful Inside”.

Kerli’s hometown is Elva, Estonia. Her family didn’t work in the music business. Kerli’s dad was a car mechanic while her mom was a social worker. The artist has a younger sister Eliisa. She is also a singer. When she was young, Kerli enjoyed dancing. At 16, she decided to quit school to have more time for honing music skills. During her teenage years, Koiv learned how to dance, sing, and play the piano.

In 2002, Kerli participated in the talent show Laulukarussell and won. She performed the song "Bridge over Troubled Water". The same year, to enroll in another contest, Fizz Superstar, the teenager lied about her age because all contestants had to be older than 15. The girl won once again and got a chance to sign a contract with Universal Sweden. However, the contract was canceled shortly because the representative, who worked with Kerli, decided to quit.

After that, she signed a contract with an independent studio formed by the former Universal Sweden representative. However, the company went bankrupt pretty soon.
When Kerli was 16 years old, she went to Stockholm. In 2003, she performed at another contest, Melodifestivalen. The young woman managed to make it to the semifinals. Next year, she participated in the Eurolaul competition to try out for Eurovision. Kerli came in second. Even though the singer didn’t get to Eurovision, she managed to grab the attention of different labels.

When she was 18, Kerli went to the USA and attended an audition arranged by L.A. Reid. In 2006, the young woman signed a contract with Island Def Jam Music Group and started working with a songwriter and producer David Morris. The first tracks recorded with the label appeared in her EP, Kerli. In 2008, the singer presented her debut LP, Love Is Dead. It climbed to the 126th position of Billboard 200.

In February 2008, Kerli filmed a music video for the album's lead single "Love Is Dead". In May, she released a music video for "Walking on Air". The same year, the singer recorded a soundtrack, "When Nobody Loves You”, for the video game 007: Quantum of Solace. At that time, many organizers started trying to book Kerli for private events.

At the beginning of 2009, Kerli was planning a joint tour with The Rasmus. However, she decided to cancel it due to having too much work with the new album. In July, Kerli performed at a music festival Ollesummer in Tallinn. Later, she was nominated for European Border Breakers Award with her LP Love Is Dead.

In March 2010, the singer recorded two songs "Strange" and "Tea Party". They became part of a conceptual album Almost Alice, which was inspired by the movie Alice in Wonderland. Other songs for the album were contributed by such celebrities as Avril Lavigne, Franz Ferdinand, All Time Low, and others. Later that year, Kerli worked with a famous Finnish singer Tarja Turunen to record a single “I Feel Immortal”.

At the end of the year, the artist presented a new song "Army of Love", which was recorded as the lead single for the next LP. Initially, the album’s release was planned for 2011, but it was delayed. The music video for “Army of Love” was filmed in Estonia. It was directed by Caviar Productions. The song topped Billboard Hot Dance Club Songs in April 2011.

In March 2011, Express Magazine called Kerli one of the100 most influential Estonian women. The same month she presented a new EP, Utopia/. It featured six songs, among which were such hits as "Can't Control the Kids" and "Love Me or Leave Me". In November, the artist signed a contract with Ultra Music.

In 2016, Keril released a new single “Feral Hearts”. A music video for it appeared a week later. The second single for the album came out in April. The same year, the singer presented two more single for the upcoming album. In November, the EP Deepest Roots came out.

The lead single for the next LP was "Savages". The other two hit singles were "Better" and "Legends". The LP finally came out in 2019. Kerli called it Shadow Works. 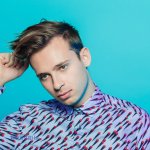 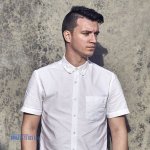