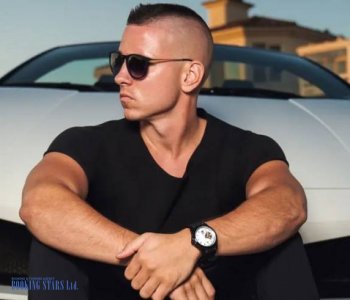 Kevin David (born July 20, 1991) is a renowned American author and entrepreneur who has expertise in e-commerce, social media, finance, and business developer. He is also a motivational speaker and finances other entrepreneurs as well.

With the full real name as Kevin David Hulse, he is a multi-millionaire of the digital world and serves as the CEO of the company, THATLifestyleNinja. He is also the author of the bestselling book, Unfair Advantage.

Regarding age, Kevin David is 29 years old as of 2021. His zodiac sign is Cancer as he celebrates his birthday on July 20. He is of American nationality as his birthplace is Oregon, the US. He is of Caucasian ethnicity and follows Christianity.

Kevin David was born amidst the suburbs of Eugene, Oregon, and grew up there playing soccer. There is not much information available about his personal life and childhood on the internet. However, it is heard that he was just 14 years when he set out on to the venture of entrepreneurship.

He was passionate about sports and soccer taught him determination, discipline, and goal orientation. From selling baseball cards to candy bars, he never missed out on any opportunity that seemed like a good business to him. After finishing high school, he attended Oregon State Honors College from where he earned his bachelor’s degree.

In the early period of his career, Kevin David was into creating gaming apps and website blogs. He also learned the ideas of monetization through Amazon Affiliate Program and Google Ad Sense. After finishing college, he began working as an accountant for the accounting firm, PricewaterhouseCoopers in Oregon. He then went on to being a private consultant at Facebook. But he was always seeking to generate income online so he began to work towards his career.

Kevin David then started Amazon FBA business that made him more than $2 million in its very first year. Being a master of affiliate marketing he started his company, THATLifestyleNinja where he sells courses and empowers young entrepreneurs. He has been featured in Forbes upon his success to train and empower entrepreneurs all over the world. He currently runs training, courses, and seminars through his company.

The net worth of Kevin David is $20 million as of 2021. His investments and career as an entrepreneur generate more than $2 million in a year for him. His primary source of income is his marketing company and also through selling courses, conducting training, and seminars. The income from his YouTube channel has also contributed to his huge net worth.

Kevin David is 6 feet and 1 inch tall for the height and weighs around 70 kg. He has light brown colored eyes and dark brown hair. He does not seem to have any tattoos on his body and his shoe size is assumed to be around 11 US.

Kevin David has not officially announced anything regarding his girlfriend. However, there are rumors on the media that he has been dating a girl for a very long time. owing to his charming personality and magnetic aura, it is no surprise that he is not single.

Kevin David has not tied the knots to the date and has not fathered any children.