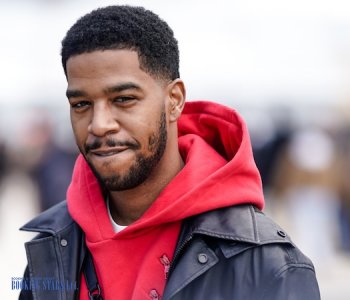 Kid Cudi was born in Cleveland, Ohio on 30 January 1984. His name is Scott Mescudi. He grew up in a big family with two brothers and a sister. The rapper’s mother was a music teacher and taught the aspiring artist to love music.

Kid Cudi became a fan of hip-hop in high school. He was inspired by the work of such bands as A Tribe Called Quest and Pharcyde. Kid Cudi called his debut album, A Kid Named Cudi. It came out when the singer was just 20 years old. The rapper’s work was noticed by the famous artist, Kanye West, who offered the singer a contract with his label, Good Music. Scott readily agreed.

Cudi helped Kanye West record several singles, which became a part of his LP, 808s & Heartbreak. They were "Welcome to Heartbreak", "RoboCop", "Heartless", and "Paranoid".

In 2008, the rapper appeared on MTV Video Music Awards. He performed with such famous artists as DJ AM and Travis Barker. After some time, Cudi was noticed by such magazines as MTV news. He appeared in the MCs To Watch In 2009 list. Later, together with other artists, Kid Cudi was named one of the best hip-hop newbies by the XXL magazine.

In the winter of 2009, Cudi appeared on the TV show, Dogg After Dark, hosted by Snoop Dogg. He performed the song, "Day 'n' Nite", and earned numerous positive reviews. The same year, the artist worked on a single for the videogame, Midnight Club: Los Angeles. The musician’s popularity was steadily rising. He was being invited to different TV shows, such as Jimmy Kimmel Live! and Late Show with David Letterman. Meanwhile, many fans and organizers tried to book Kid Cudi for private events.

DJ David Guetta invited the hip-hop artist to record a single, “Memories” for his new album. The song became a hit. After the release, Kid Cudi appeared on the covers of two popular magazines, URB and Complex. At the end of 2009, the musician was invited to record a single “Already Home” with Jay-Z for the LP, The Blueprint 3.

Kid Cudi released his debut LP, Man on the Moon: The End of Day, in 2009 with the assistance of Universal Motown Records. It sold over 100,000 copies in the first week. The album reached the 4th spot of Billboard 200. The single “Day 'n' Nite" became a big hit.

Two years later, the artists announced his new album, Indicud, which was supposed to come out on two discs. A month later, the debut single, “Just What I Am", appeared. It was recorded with the help of King Chip. The album came out in 2013. After the release, Kid Cudi started working on music videos. His debut video was for the song, "Just What I Am". It collected more than 54 million views on YouTube.

In November 2013, on Twitter, the rapper announced that his new album, Satellite Flight: The Journey To Mother Moon would come out in February 2014. The LP reached the 4th spot on Billboard 200 and sold 87,000 digital copies in one week.

In about a year, the artist presented a new single, “Love”. The song was initially planned to be a part of the previous album, but wasn’t completed on time.

In 2016, there were rumors that the rapper would release a new album called, Man on the Moon III. However, Cudi called the next LP, Passion, Pain & Demon Slayin'. It came out at the end of the year.

In 2018, the artist told his fans that he started working on the next album. In the summer of 2019, he revealed the name - Entergalactic. The LP is expected to come out in February 2020. 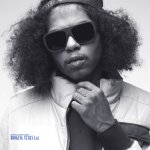