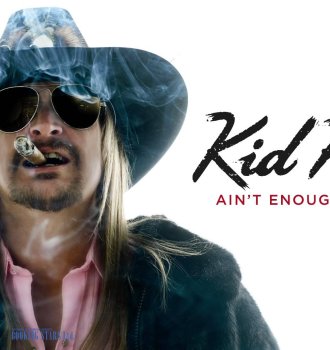 Kid Rock was born on January 17, 1971, in Michigan, USA. He is a singer, songwriter, producer, and actor. Rock is mostly famous for such hits as “Picture”, “All Summer Long”, and “Only God Knows Why”. He holds a variety of awards, including Billboard Music and People’s Choice awards. He has been nominated for a Grammy 5 times.

Kid Rock (real name Robert James Ritchie) became interested in music when he was still in middle school. As a boy, he favored rock, hip-hop, and electronic music. At 14, Robert decided to try himself as a DJ and hip-hop musician. That’s when he took on a pseudonym. Rock participated in various underground parties in the nearby towns. Some time later, his demo records were finally noticed and Rock signed a $100,000 deal with Jive Records.

In 1990, Rock released his debut album Grits Sandwiches For Breakfast, which wasn’t successful. The lyrics were far from being decent so the songs couldn’t go on the radio. Rock didn’t give up and continued to perform as an opening act to Ice Cube and Too Short concerts. Later he moved to Brooklyn and recorded The Polyfuze Method (1993) and Fire It Up (1994) in Continuum Records studio. Both albums were failures.

Kid Rock continues to work hard in order to launch his own label Top Dog. His next LP Early Mornin’ Stoned Pimp (1996) was finally noticed but still didn’t make it into the charts.

In 1998, Rock signed a contract with Atlantic Record and released his first successful album Devil Without a Cause. The LP reached the 5th spot on Billboard 200 and turned Rock into a superstar. The singles from that album “Only God Knows Why” and “Cowboys” turned into big hits. The LP sold 11 million copies worldwide.

Rock went on to record two more successful albums and in 2007, came up with his most popular work so far Rock n Roll Jesus. The LP topped Billboard 200 and received a variety of platinum certificates in different countries.

Kid Rock recorded 3 more successful albums, the latest one to date being First Kiss (2015). He continues to record new music and performs live.