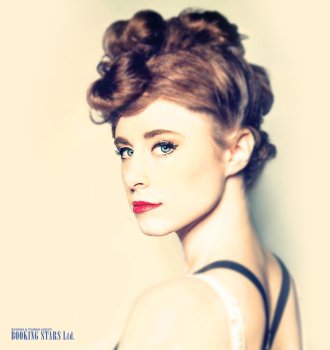 Kiesza was born on January 16, 1989, in Calgary, Canada. She is a singer and a songwriter mostly famous for such songs as “Hideaway” and “Giant in My Heart”. Besides music, Kiesza has many talents. She is a naval communicator, a model, dancer, and a guitar player.

Ever since Kiesza was young, she received all she wanted from her parents, who were ready to do anything out of their love for her. Her mom was a big Michael Jackson fan, who collected various singer-related paraphernalia. She even created a band with her family members in the lineup, which performed Michael’s song. When Kiesza was seven, her mom arranged for her to attend dancing classes that taught her Michael Jackson’s dance moves.

Kiesza took part in various dancing contests, including Young Canadians. She also entered a Miss Universe Pageant and performed in local plays. Kiesza was considering to become a ballerina, but at 15 she hurt her knee and had to forget about the ballet. When Kiesza was 16, she joined the reserves of the Royal Canadian Army where she became a naval navigator. Kiesza is also a good shooter and at some point, she was offered a career as a sniper.

Kiesza attended Selkirk College, where she studied music and learned how to play the guitar. When she turned 21, Kiesza moved to New York to pursue a music career. At first, she was playing folk music but then changed to house, pop, and electronic.

In 2014, recorded her debut single “Hideaway”, which became a big hit in the US, Canada, and Europe. It reached the 5th spot on the Canadian Hot 100 and received three platinum certifications. The same year, Kiesza released her first successful studio album Sound of a Woman. It reached the 14th spot on the Canadian albums chart and 42nd spot on Billboard 200. Another single from that album “Giant in My Heart” was the second most popular song performed by Kiesza so far. Kiesza continues to write new songs for herself and other artists and performs live.