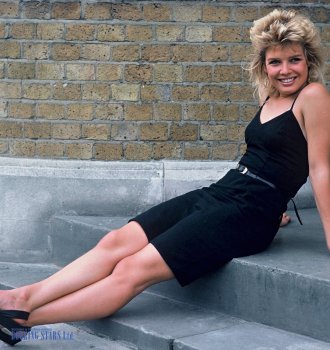 Kim Wilde is a British pop-singer. She was born on November 19, 1960, and started her music career in 1980. Kim is famous for her work as a musician, songwriter, singer, writer, landscape designer, and a TV show host. Wilde has a variety of music awards, including Best British Female Solo Artist at the BRIT awards and Best Female Singer at Rockbjörnen (Sweden). In the 1980’s she was as popular as Sandra. Her songs were topping various music charts throughout the decade. Her most popular hits are “Chequered Love”, “Never Trust a Stranger”, and “You Keep Me Hanging On”.

Wilde’s love for music came from her father. He was a 1950’s rock-n-roll artist, singer, songwriter, TV show host, and producer best known for his single “Endless Sleep”. Thanks to Marty Wilde’s talent and enthusiasm, his whole family built musical careers. At first, Marty tried to make his son Ricky famous but he wasn’t doing well on his own. However, when Kim started singing, her brother Ricky backed her on the keyboard. He also co-wrote many of Kim’s songs.
Throughout her career, Kim Wilde released 13 studio albums, each one of which became famous. All the singles she released until 2009 were getting into the top European charts. She was especially favored in her native United Kingdom; however, most of the awards she holds were received in Germany.
Kim took a break between 1997 and 2001. In 2001, she returned to pop music and recorded a new song “Loved”. Some time later, she worked with a German music star Nena to record a hit single “Anyplace, Anytime, Anywhere”, which became a big European hit, getting into the top-10 of the Belgian, Germany, Dutch, Austrian, and Swiss charts. She kept working on new albums until 2013. That year Kim released a Christmas album “Wilde Winter Songbook”. Even though she hasn’t recorded new songs since, Wilde still tours the world and performs for the public.
Book Kim Wilde 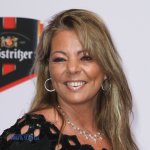