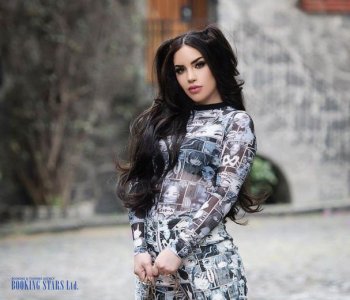 Kimberly Guadalupe Loaiza Martinez, known just as Kimberly Loaiza or Kim Loaiza on social media, is a Mexican singer and social media personality. She launched her YouTube channel in 2016 and she has since grown to become one of the most-followed YouTube channels in Mexico.

In 2019, the star gave birth to her first child, Kima, with her boyfriend and fellow content creator Juan De Dios Pantoja.The two have been in an on-again, off-again relationship following the revelation that Juan had been unfaithful to Kim.
Career
Kimberly Guadalupe Loaiza Martinez, known just as Kimberly Loaiza on social media, was born on December 12, 1997 in Mexicali, Mexico.

Kimberly started her YouTube channel in 2016 and has since grown to have tens of million of followers on the platform by sharing everything from her personal life to her music videos to daily vlogs.

She has more than 1.9 billion combined views on all her YouTube videos, and many of her new videos get tens of millions of views. Kimberly is one of the most-followed YouTube channels in Mexico.

In addition, Kimberly has millions of followers on Instagram. The content creator shares photos of her daughter, Kima, as well as professional modeling photos, selfies, personal photos and more.

In 2019, Kim launched her music career with her debut single “Enamorarte.” The single charted in many Spanish-speaking countries. Her second single, “Amándote,” was the highest viewed single on YouTube the first weekend it was posted. Her latest singles, “Don’t Be Jealous” and “BYE BYE” featuring JD Pantoja, continue to trend.

Kimberly has an on-again-off-again relationship with fellow content creator Juan. However, their relationship hasn’t been all easy, all the time. At one point during their relationship, intimate videos of himself leaked and Mexican TV Host Lizbeth Rodríguez claimed to have content proving his infidelity with other people, after the couple had had their first child together in 2019. In addition, there were allegedly rumors circulating that Juan had been unfaithful with other women but also other men.

The allegations were hard on the couple, and they decided to separate and work on their issues together out of the spotlight.

“I was very ashamed, I did not know that someone had something of mine. Yes I am ashamed that people know my private parts. It’s a blow to the family, to my girl, it’s psychological things that really affect,” Juan said once his nude photos and videos were leaked with another woman.