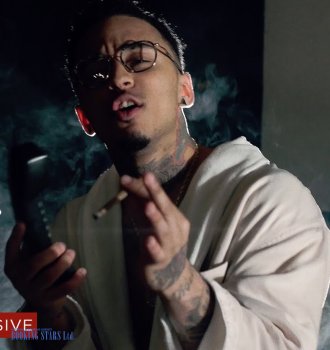 Kirko Bangz’s real name is Kirk Jerel Randle. He was born on 20 August 1989 in Houston, Texas. The young artist graduated from North Shore High School and enrolled in Prairie View A&M University to study communications. Kirk started writing lyrics when he was just 15 years old. His single mom offered the singer plenty of inspiration by trying hard to give him a decent life and a good education.

Bangz began his career in 2009. Back then, he released two mixtapes, Procrastination Kills and Progression, which became popular among his friends and a few fans. At that time, Kirk’s manager was his college friend D Will.

A year later, the artist recorded the new mixtape, Procrastination Kills 2. In 2011, he continued the series of albums by releasing Procrastination Kills 3. That year, the young artist finally became famous thanks to the song “What Yo Name Iz”. Later, the singer released many remixes to the song with the help of such celebrities as Big Sean, Wale, and Bun B. In September, the rapper recorded one more hit “Drank In My Cup”. The single topped Rhythmic and Hot Rap Songs Chart, came in 28th on Billboard Hot 100 and Mainstream Top 40. Kirko went on to record several remixes of the hit with the help of J. Cole, 2 Chainz, Tyga, Chamillionaire, Kid Ink, Bow Wow, and Trey Songz.

In 2012, the artist continued recording mixtapes. He came up with Progression 2: A Young Texas Playa and Procrastination Kills 4. A year later, Bangz presented one more part of the Procrastination series. It was recorded together with Wale, YG, Nipsey Hussle, Z-Ro, Paul Wall, French Montana, and Slim Thug. The same year, Kirko came up with a non-album single “Keep It Trill”, which settled on the 49th spot of Hot R&B/Hip-Hop Songs Chart. It was an excellent result for a 23-year-old singer. At that time, many organizers tried to book Kirko Bangz for their events and parties.

In 2014, the rapper signed a contract with Atlantic Records, which is part of Warner Music Group. Together with the label, the artist finally presented his debut EP, Fallin' Up. The promotional single “Hoe” became a hit back in January. In April, Kirko went on The Trillest Concert Tour with his friend Bun B. The same year he recorded two more mixtapes, Progression 4 and Progression V: Young Texas Playa. The latter was created together with Bun B and Riff Raff. A little later, while working with August Alsina, Kirk recorded the song “Rich”, which appeared on the 105th spot of Billboard Hit 100 and climbed to the 37th position of Hot R&B/Hip-Hop Songs Chart.

The second EP, Playa Made, came out in February 2016. It was recorded with such celebrities as BDon, Sledgren, Albie Dickson, Chingy P, Gluck, and Trakksounds. It featured such songs as "Waitress", "Ain't a Pimp", "Dat Texas", "Codeine", "145", and "Mileage". After the release, the artist went on a supporting tour.

In 2016, Kirko presented a new mixtape Back Flossin, followed by Progression 17 a year later.

In 2016 and 2017, the artist recorded several successful non-album singles, such as “I Just Got Paid” with E-40 and “Swang N Bang” with TK Kravitz.

Kirko Bangz works very hard to record new music. He releases mixtapes every year. The artist seems to have enough songs to present an LP. However, Kirko hasn’t made an announcement about it yet. 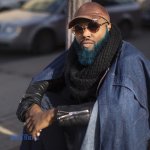