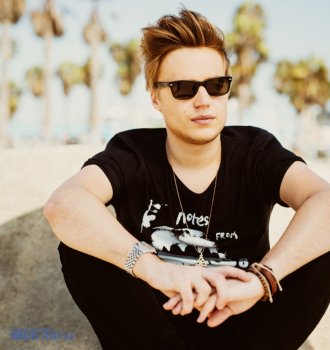 Klingande was born on November 30, 1991, in France. His real name is Cedric Steinmyller. He is a DJ and a producer. Klingande is mostly famous for his single “Jubel”, which topped a variety of European charts in 2003 and earned many platinum certifications.

Klingande is known for breathing new life into the world of electronic music. His unique productions nourished with upbeat sounds made him one of the most original and exciting producers of the 21st century.

One of the reasons Klingande earned such a big popularity is his decision to take a step away from the big room house and create new glorious melodies. He focused on working with tropical house music. Cedric collaborates with such artists as Kygo and Robin Schulz. His work was influenced by Lost Frequencies and Offenbach. Thanks to the extensive studying of music, Klingande managed to create some unique sounds using tropical house genre.

Cedric started learning all about music when he was just a child. He studied music theory in school. When Steinmyller became a teenager, he discovered electronic music and shortly learned all about DJing. At that time, he realized that music was his life’s passion, especially electronic genres. Cedric decided to use a Swedish word Klingade that stands for “chiming” as his new pseudonym. Soon Cedric moved to London, where he enrolled at Point Blank Music College. For one year, he learned all about various music genre and production techniques.

In 2012, Klingande came back to his native town and started working in a studio. Shortly, he released his first single “Punga”. The single reached the 86th spot on the French Singles Chart and managed to make it into other European charts.

The real fame came to Klingande in 2013, when he released his second single “Jubel”. The song was a huge hit topping Austrian, Belgian, German, Italian, and Swiss Charts. The single reached the 5th spot on French Singles Chart and the 3rd spot on the UK Singles Chart. It received over a dozen platinum certifications in various countries. After releasing the single, Klingande went on a long tour.

In 2015, the DJ released single ‘RIVA (Restart the Game)”, which was certified golden in Italy. A year later, he released “Losing U” and “Somewhere New”, which failed to get high spots on the charts but were very popular on Spotify.

Klingande continues to work on new music and performs live.