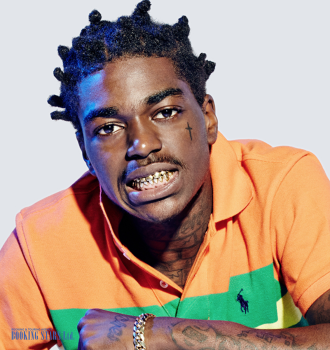 Dieuson Octave was born on 11 July 1997 in Pompano Beach, Florida. When filling out a registration form in Instagram, Octave called himself Kodak Black, which later became his pseudonym in the music industry.

When he was 12 years old, Octave used another pseudonym J-Black, under which he was accepted to a hip-hop group Brutal Yungenz. Later Black worked with another band, The Kolyons.

In December 2013, Black released his first mixtape Project Baby. A year later, another mixtape, Heart of the Projects, came out. The next mixtape Institution was recorded in 2015.

In October 2015, Canadian rapper Drake uploaded a video, in which he danced while listening to Black’s song "Skrt". This immediately made Black popular and brought him his first professional contract with Atlantic Records. Unfortunately, shortly after signing, Dieuson was arrested and charged with robbery and other crimes. Later he was released.

In May 2016, Octave participated in the recording of French Montana’s single "Lockjaw", which made it to the 23rd place of Billboard Hot R&B/Hip-Hop Songs chart. Before the month was over, Black and his fellow rapper Lil Uzi Vert announced going on a national tour called "Parental Advisory Tour". However, Vert had to go alone because Octave was arrested again. This time he was charged with an armed robbery.

The arrest kept the fans from booking Black for any birthdays or private events. A month later his next mixtape Lil B.I.G. Pac came out and reached the 134th spot on Billboard 200, which was a big achievement for the rapper. The album made it into в Top R&B/Hip-Hop Albums Chart as well. Despite all his problems with the law, XXL included Black in its "2016 Freshman Class" list.

While Black was in jail, he was watching his single "Skrt” reaching the 10th spot on Bubbling under R&B/Hip W Hop Singles chart. The rapper also saw the release of his new song "Can I".

In October 2016, Kodak went to court. The vice president of Atlantic Records spoke in his defense. Michael Kushner tried to convince the judge that Black had a bright future in the music industry. Octave pleaded guilty and was penalized with one year of house arrest. In December, he came home from the jail.

In December 2016, Kodak presented a leading single from his upcoming album "There He Go". Three months later, he released "Tunnel Vision". The song debuted on the 27th  spot of Billboard Hot 100 and later climbed to the 6th  place. It was the first Kodak’s single to make it into the top 10 of the chart. The song also reached the 17th spot on Canadian Hot 100.

In March 2017, Black released his 1st studio LP Painting Pictures.  The album debuted at the 3rd spot of Billboard 200. In just one week, Kodak sold 71,000 copies of the LP.  The third single from the album “Patty Cake” came out in August. After the music video for this song was released, the track reached the 76th spot of Billboard Hot 100. Two weeks later, Kodak presented a sequel to his first mixtape called Project Baby 2.

Kodak Black is currently working on new songs and trying to stay out of trouble with the law.