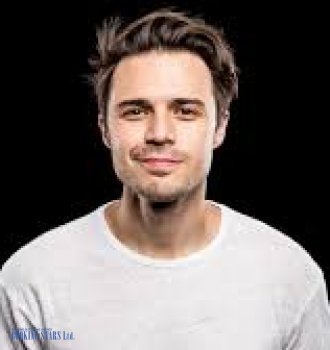 Kris Allen was born on June 21, 1985, in the USA. He is mostly known for his win at the 8th season of American Idol. Allen’s most famous songs are “No Boundaries” and “Live Like We Are Dying”. He has several music award nominations and holds a BMI Pop Music Award.

When Allen was studying at the Mills College he spent all of his free time playing the violin in the school orchestra. His goal was to be accepted in the State orchestra. While playing the violin, Allen learned how to play the guitar on his own. Besides that, he mastered the piano and the Hawaiian guitar.

In 2007, Kris Allen and his college friends established a band. The same year they released their first album Brand New Shoes, which failed to get into any charts but sold 600 copies in the USA. When performing in American Idol, Allen used a few songs from that album.

Allen is a very religious person and he was a leader of the new life church movement in his local town. He travelled around the world doing Christian missionary work.

In 2009, he was accepted to American Idol and won the 8th season. When Kris returned to his hometown, he was surprised at the overwhelming popularity. Allen made a decision to pursue a music career further. In the end of the year, he signed a contract with Jive and released his second studio album Kris Allen. The LP made it to the 11th spot of Billboard 200 and reached the 50th spot on the Canadian Albums Chart. The album sold almost 350,000 copies in the USA.

In 2012, Allen released his third studio album Thank You Camellia. The album reached the 26th spot on Billboard 200 and 93rd spot on the Canadian Albums Chart. It was less successful than the predecessor, selling just 35,000 copies in the USA.

Kris Allen released two more albums Horizons (2014), Letting You In (2014), Somethin’ About Christmas (2016). They were less successful than his previous work but still made it into the charts. Allen continues to write new songs and performs live.