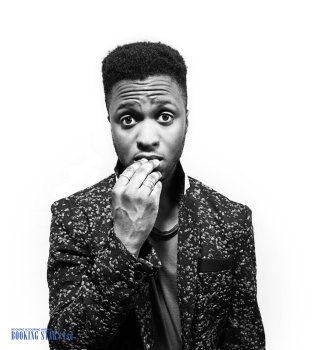 Kwabs was born April 24, 1990, in London. He is a singer and a songwriter mostly known for his song “Walk”.

Kwabs full name is Kwabena Sarkodee Adjepong. Even though he was born in in the UK, his parents come from Ghana. That’s why he has a long Ghanaian name, which he had to shorten to create a pseudonym Kwabs. He is a young performer, who hasn’t created too many songs yet, however already managed to record one album and one international hit.

Kwabs became famous thanks to SoundCloud and YouTube. He recorded and uploaded the cover versions of “Like a Star” and “Wilhelm Scream” to the internet. During the first 24 hours after the upload, Kwabs collected 10,000 views. People had an active discussion commenting his talents and saying that he is bound to become a star. This popularity landed Kwabs a deal with Atlantic Records.

In 2014, Kwabs released his first EP Wrong or Right, which contained just four tracks. The debut EP was well received but didn’t make it into any charts. The same year Kwabs released his first, and so far only, single “Walk”. The song became a big hit. It topped the German Singles chart and reached the third spot in Austria Top 40. The UK Albums Chart gave the song the 71st spot while the Swiss Hitparade included it into the top-10.

In September 2014, Kwabs released his first studio album Love & War. “Walk” was one of the songs included in the album. The LP gained popularity in the UK and Europe. It reached the 26th spot on the UK Albums Chart and the 12th spot on the Swiss Hitparade. The albums also became #1 on the iTunes Music Chart.

In 2015, Kwabs was featured in the song “Willing and Able” by Disclosure. The song reached the 70th spot on the UK Singles Chart. Kwabs is only at the beginning of his music career. He works on new songs and performs live.