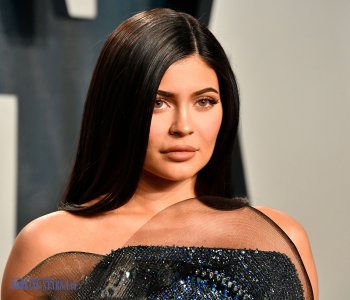 Kylie Jenner is an American media personality, businesswoman and model best known for her appearances on “Keeping Up with the Kardashians” and “Life of Kylie” on E! Network, as well as her own cosmetics line, titled Kylie Cosmetics.

Kylie first rose to prominence through the TV show “Keeping Up with the Kardashians” and later went on to start her own business. She has been named one of the most influential people in the world multiple times. In addition, she was named the youngest self-made billionaire by Forbes in 2019, though they later stripped her of the title in 2020 after they accused hr of fabricating tax documents.

Kylie has a big extended family. She has one sister, Kendall, a fellow model. Kylie has three older half-sisters, Kourtney, Kim and Khloé Kardashian, and one half-brother, Rob. In addition, the business woman has half-siblings from the Jenner side of the family: Burt, Brandon, and Brody Jenner, plus an older half-sister named Casey.

Kylie started her career young. In 2007, her family started appearing on the hit reality TV series “Keeping Up with the Kardashians,” a show that followed their lives. The show had several spin-offs, as well, including “Life of Kylie,” which premiered in 2017 and focused just on Kylie’s life.

Kylie and her sister starting building their businesses and their brands from a young age. When the sisters were just teenagers, Kylie and Kendall began to work on products as well as collaborate and endorse products.

In 2012, when Kylie was 14 years old, Kylie and her sister worked with PacSun to create their own line of clothing titled “Kendall & Kylie.”

Several years later, in 2015, Kylie launched her own cosmetics line called the Kylie Lip Kits. The line was later renamed to Kylie Cosmetics. Her lip kits began to grow in popularity and her cosmetics line has since thrived, with a number of popular products available for purchase.

The Jenner sisters were named to TIME Magazine’s Most Influential Teens in the World list in both 2014 and 2015 as a result of their heavy sway with teens on social media.

In 2017, Forbes named Kylie to their Celebrity 100 list, and she was one of the youngest people featured on the list. The following year, the New York Post said she was one of the most influential celebrities on social media and the fashion industry.

In 2019, Kylie became the youngest self-made billionaire in the world at age 21 based on her estimated net worth of $1 billion, according to Forbes. Many people felt that calling her a “self-made” billionaire was incorrect, though, due to her privileged background.

The following year, however, Forbes accused Kylie of forging tax documents to make it seem like she was a billionaire, and accusing Kylie of fabricating revenue figures for her business, Kylie Cosmetics. The publication stripped her of her billionaire status and title.

Kyle released her own application on the iTunes store as well in 2015, which reached number one.

Kylie’s personal life has been in the public eye her entire life. She dated rapper Tyga from 2014 to 217, and later dated rapper Travis Scot from 2017 to 2019. The star has one daughter named Stormi Webster with Travis Scott.