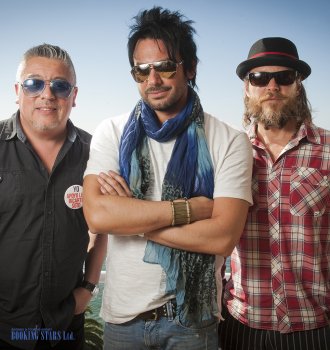 Initially, the band was supposed to focus on techno-rave style and have a female vocalist. The first vocalist of the group was Lucia “Shia” Arbulu. The young woman stayed with the band for less than a year. In 1988, she moved to Spain right after the release of the group’s first EP La Luna. Afterward, the album didn’t even make it into the La Ley’s official discography.

In 1994, Andres Bobe died in a motorcycle accident. The band invited a new guitarist Pedro Frugone. Together, they went on to release two albums. Invisible (1995) and Vértigo (1998). Just before the release of Vertigo, Rodrigo Aboitiz left the band. When the group went on a promotional tour, Luciano Rojas also made his exit. Together with another ex-band member Ivan Delgado, Rojas and Aboitiz created a new band called Saiko.

With time, La Ley’s music was becoming more and more distant from its experimental roots. The band members were leaning toward pop music and forgetting about their dark image. Not all fans were happy with the new direction. However, when the band released their new album Uno (2000), the music industry saw how much La Ley has matured over the years. The LP won a Grammy for the Best Latin Rock/Alternative album. It was certified platinum in the USA. The LP was released when the band’s popularity was at its peak. No matter how important your organization was, it was tough to book La Ley for any event.

In 2001, the band appeared on MTV Unplugged. The performance was recorded and brought La Ley a Latin Grammy. The last studio album before the band went on a long hiatus was Libertad (2000). It earned them another Latin Grammy. Soon, their popularity started to wane. In 2004, La Ley released a greatest hit compilation album, which featured a few new songs.

In September 2005, the group told the fans about their disbanding during a concert in Buenos Aires. The members planned on pursuing solo careers. They left a small hope that they might reunite again in the future.

Nine years later, the band declared their wish to reunite. In 2014, they got together to go on a reunion tour called “Re-Tour.” Upon returning, the band started working on a new album.

The LP Adaptacion was released in April 2016. It became the first album the band recorded in 13 long years. Before the official release, the group was touring Chili in support of the LP. As part of the Adaptacion tour, La Ley visited Mexico, Argentine, USA, and other countries.

In the end of 2016, La Rey decided to split once again. However, the fans don’t believe such announcements anymore and eagerly await their return. 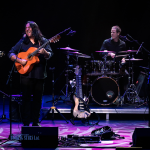 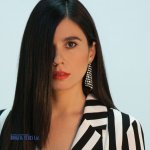