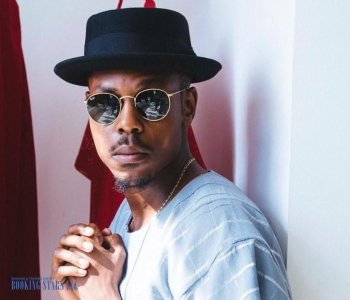 Ladipo Eso popularly known as Ladipoe is a Nigerian rapper and musician. His unique style and intricate attention to the craft of rapping and making music have helped him carve a niche for in the industry. He rose to prominence with the song Feel Alright, where he got featured by SDC (Show Dem Camp). He also released a new single Jaiye in March 2019 before dropping the hit song, Know You featuring Nigerian Joromi singer, Simi in 2020.

Ladipoe was born and raised in Lagos where he had his early childhood. After his secondary school education, he moved to the United States where he had his college education at North Carolina, where he majored in both Biology and Chemistry.

On 28 February 2017, he got signed to Mavin Records as their first-ever rap artist. Signing with Mavin Records signified a turning point in Poe’s career as he started gaining more exposure. Poe recorded his first single Man Already under the record label.  He has since gotten to work with several of the best names in African music, including rappers like Ice Prince and Reminisce, M.I Abaga, producers like Juls, London, and Spax, and singers Simi, Seyi Shay, and Niyola.

Following the success of his first two singles under Mavin Records, Poe released his much-anticipated debut album, Talk About Poe (T.A.P). The album is a fusion of rap, dancehall, palm-wine music, and hip-hop. The wordsmith built his reputation as one of the best emcees by delivering killer verses on features. His most notable features are SDC’s Feel Alright and Falz’s Marry Me. The latter won the award for best collaboration at the 2015 Nigerian entertainment awards.

How much does it cost to book Ladipoe:
Price inquiry
Ladipoe booking agent:
Contact agent
Ladipoe Contacts:
Send Ladipoe a message
« previous next »