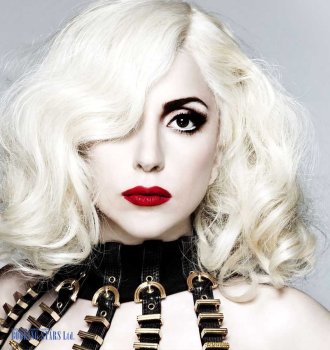 Lady Gaga was born on March 28, 1986, in New York. She is a singer, an actress, and a songwriter mostly known for such hits as “Poker Face”, “Bad Romance”, “Born This Way”, and “The Edge of Glory”. She holds a variety of awards, including Golden Globe, 3 BRITs, and 6 Grammies. Gaga also has 12 Guinness World Records.

Lady Gaga’s real name is Stefani Joanne Angelina Germanotta. Her fans believe that the pseudonym has to do with Queen’s song Radio Ga Ga. When Stefani was 4 years old, she learned how to play the piano. At 11, she was accepted into The Julliard School but attended a private catholic school instead. She continued to play and write music. At 13, Gaga wrote her first ballad. At 14, she performed for the first time at a NY night club.

In 2003, Gaga enrolled into Tisch School of the Arts but dropped out after two years to pursue her music career.

In 2006, Stefani started to work with a famous record producer Rob Fusari. While working with Fusari, she recorded her first hits “Beautiful, Dirty, Rich”, “Dirty Ice Cream”, and “Disco Heaven”. That’s when she created the pseudonym Gaga and signed a contract with Def Jam recording studio.

In 2007, Gaga signed a contract with Interscope and wrote songs for such artists as Pussycat Dolls, Britany Spears, and New Kids on the Block. She also worked with a rapper Akon, who offered her a contract with Kon Live.

In 2008, Lady Gaga moved to LA and released her first studio album The Fame. The single from that album “Just Dance” topped the USA and Canadian charts. Later it topped the UK Single chart.

In 2009, Gaga released another hit single “Paparazzi”. The music video based on the single won 3 MTV Video Music Awards. The same year, she was officially named the Queen of Download.

In 2010, Lady Gaga received two Grammy Awards for her hit single “Poker Face”. The song received numerous platinum certifications. The same year, she received her first Guinness World Record as the most searched person on the internet.

Lady Gaga released 4 more albums, the latest one being Joanne (2016). It topped Billboard 200 and reached the 3rd spot on the UK Albums chart. She continues to write new songs and performs live.