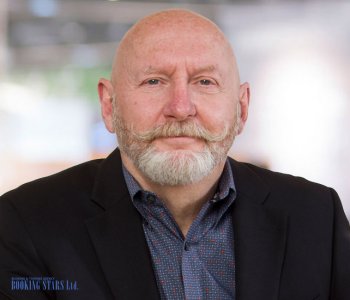 Larry Winget is the best branded, most recognizable speaker in the business. Many speakers claim to be original, but Larry Winget is THE original. He has established himself as an icon in the world of personal development and self-help. You won’t find many people who don’t know who won’t recognize him as a result of his five national bestsellers, his thousands of on-stage appearances or his many regular television appearances. Larry was the first to be willing to take on the “positive attitude” motivational speakers and the Law Of Attraction bozos with his common sense, back to the basics approach. Larry still believes that hard work and excellence are the keys to success and communicates that like no other person on the planet can!

When you hire Larry Winget, you get the celebrity of a television personality who has hosted his own television series on A&E, been featured in two CNBC specials, had his own PBS special and is a regular contributor on FOX News, FOX Business and other news networks as a personal development / business / financial guru. You also get the credibility of a six-time Wall Street Journal/New York Times bestselling author. And you get the professional platform skills of a veteran speaker who has been mesmerizing crowds for over thirty years. He has spoken to over 400 of the Fortune 500 companies, is in the Speaker Hall of Fame and been named One Of The World’s Top 50 Keynote Speakers.