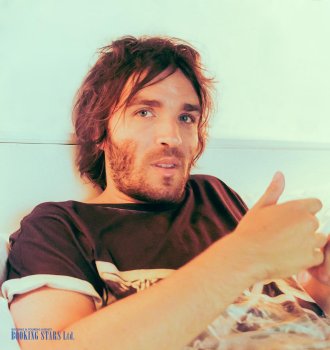 Lee Foss was born in DeKalb, Illinois. He began the music career in 2001. Lee says that after watching people at the local Chicago clubs, he understood that they need some good music. At that time, the young man decided to become a DJ. He made a decision to go beyond playing other people’s music. Foss wanted to create original tracks. Lee enjoyed techno and house, which helped him become popular.

The musician made his first steps to fame in the 2000’s by participating in the international music festivals on Ibiza. Back then, Lee met his colleague-to-be Jamie Jones. With the help of Hot Creations label, the duo performed on stage and went on to create a group Hot Natured. Lee went on to participate in other musicians’ projects.

Thanks to his Ibiza performance, Foss’s tracks were becoming more and more popular. He was working hard to become famous. Soon, the young man was invited to perform at the clubs on both sides of the Atlantic Ocean. They were Fabric (London), Watergate (Berlin), The Standard Rooftop (LA), The Warehouse Project (Manchester), Warung (Brasilia), Spybar (Chicago).

In 2009, the artist released to solo EPs The Edge EP and Significant Others Too. He also worked as part of Hot Natured. Together they recorded H.E.A.D.S and Hot Natured Edits. The LPs were created with different labels, which didn’t make them any less popular. Just the opposite, Lee and Hot Natured finally achieved the long-awaited commercial success.

The year 2010 was important for Foss. He recorded numerous albums. At first, the artist presented a solo EP, U Got Me. Then, together with Hot Natured, Lee released Equilibrium. In 2010, the popular Top 100 DJ chart created by Resident Advisor placed the artist on the 38th spot. At that time, many clubs tried to book Lee Foss.

In 2011, the DJ became even more successful. He reached the 11th position on the Resident Advisor’s chart. That year, he recorded two solo EPs Starfruit and Your Turn Girl. Together with Pterodactyl Disco, he worked on the LP Big Ass Biscuit. And with Hot Natured, Foss presented an LP, Forward Motion.

The year 2012 was busy for the musician. He recorded the last solo EP to date, Masta Blasta and two more albums with different artists: Electricity (with MK) and Benediction (with Hot Natured).

In 2013, the artist released Reverse Skydiving and Magic Carpet Ride, recorded together with Hot Natured. He also presented his first studio album Different Sides Of The Sun. The LP featured such hits as "Operate", "People Change", "Alternate State", "Physical Control", "Take You There", "Forward Motion", "Reverse Skydiving", "Benediction", "Isis", and others. The last four songs were released as promotional singles before the LP came out. The album was recorded with the help of Anabel Englund, Roisin Murphy, The Egyptian Love, and Kenny Glasgow. To support the album, Lee and Hot Natured went on a world tour.

Even though Lee hasn’t released any solo work since 2012 and doesn’t seem to be working with Hot Natured anymore, he continues pursuing fame. In 2017, the musician announced the release of the next LP several times. However, the fans are yet to see the album.