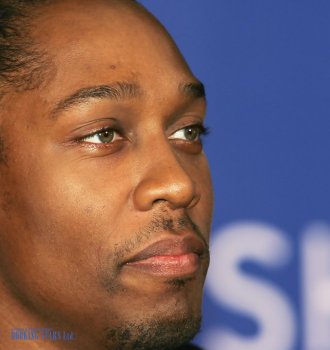 Lemar Obika was born on 4 April 1978 in Tottenham, England. His parents came to the UK from Nigeria. When he was young, together with siblings, Lemar showed interest in different types of music. They usually preferred R&B and soul. Children often played role games, imagining themselves famous.

When Lemar was 17 years old, he got a chance to show his talent at Junior Jam, arranged by Usher. At that time, the artist didn’t spend much time working on his career. In fact, he was creating logos for websites.

Obika planned to attend Cardiff University to study pharmaceutical business. However, he soon realized that the wish to become a musician was much stronger. Lemar quit college and found gigs at the UK tours of such artists as Destiny’s Child, Uncle Sam, Usher, and the like. These performances allowed him to show his talent and eventually sign a contract with BMG label. With BMG, the rapper recorded a debut single, “Got Me Saying Ooh”. However, the label was going through organization problems, and the artist had to put his dreams off until the next century.

In 2002, Lemar’s mother died from cancer. Her death made the artist start working harder to deal with strong emotions. In 2003, the rapper released his debut LP, Dedicated, which turned out to be rather successful. The album reached the 16th spot of the UK Albums Chart and came in 54th in Sweden. The most popular and successful tracks were "Dance (with U)", "50/50", "Another Day”, and "Let's Stay Together". The album went platinum in the UK. After that, many clubs tried to book Lamar for their events.

A year later, the singer recorded his second LP, Time to Grow. It was more successful than the predecessor, reaching the eighth spot of the UK Albums Chart and the 38th position of Irish Albums Chart. In 2005, the popularity of the LP was on the rise. It brought the artist international recognition. The LP earned two platinum statuses in the UK and a gold status in Ireland.

The artist’s third LP, The Truth About Love, appeared in September 2006. It reached the 3rd spot of the UK Albums Chart, the 22nd position of Irish Albums Chart, and came in 87th on Swiss Albums Chart. The album’s guests were Styles P, Mica Paris, and Joss Stone. The single “It’s Not That Easy” became a hit. The album earned a platinum status in the UK.

In November 2008, Lemar recorded his fourth LP, The Reason. To support the album, the rapper went on The Reason Tour 2009. He visited 23 British cities, including London, Liverpool, Preston, Brighton, and others. The album climbed to the 31st spot of the UK Albums Chart.

In March 2010, the Lemar recorded a compilation album, The Hits. It featured tracks released throughout the artist’s career, including such hits as "Dance (With U)", "Another Day", "50/50", "Weight of the World", "It's Not That Easy", and "If There's Any Justice" The single “The Way Love Goes” reached the 8th position of the UK Singles Chart.

In 2012, the rapper presented his next LP, Invincible. The single with the same name became a hit and settled on the 158th spot of the UK Singles Chart. The album itself climbed to the 49th position of the UK Albums Chart.

The official release of the LP The Letter took place in 2015. It featured such popular songs as "The Letter", "Higher Love", "Love Turned Hate", and "Someday We'll Be Together". The album settled on the 31st position of the UK Albums Chart.

In 2018, the artist appeared in the show Dancing on Ice together with Melody Le Moal. In February, he was dropped after appearing on the stage four times.

The singer is recording new hits and performing live. He announced the release of the next album in 2019. The exact date and name of the LP are still unknown.

How much does it cost to book Lemar:
Price inquiry
Lemar booking agent:
Contact agent
Lemar Contacts:
Send Lemar a message
« previous next » 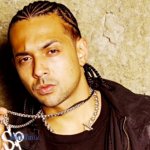