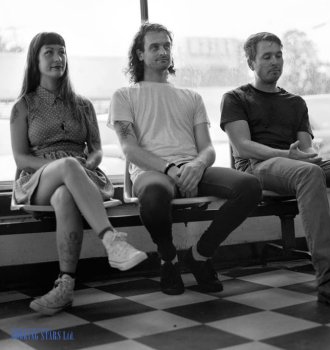 Lemuria is a symphonic black metal band from Belgium founded by four musicians, Jens, Vincent, Bart, and Niklaas in 1999. Initially, the artists called the group Spinal Chill. Jens was a guitar player, Bart took on the role of a bassist, Vincent was a drummer while Niklaas demonstrated his singing talent.

Initially, the musicians chose the genre, which their fans called death metal. They released the first demo album called Demonic. In 2000, one of the initial members Johan, who didn’t participate in the recordings, left the band. The artists found a new member, Kevin, who was a talented guitar player. After that, the band changed the name to Niklaas'а but soon settled on Lemuria.

Jens and Vincent were talented composers. Thanks to their efforts, the group acquired a special sound. They demonstrated a mix of black heavy metal and some folk. The originality of the band’s sound brought them an army of fans. The group was climbing to the peak of its popularity. A year after the formation, musicians recording a debut album in Cavern Studio in Antwerp. It was called The Vault of the Witness. The LP made a huge impression on metal music fans. It’s worth noting that the quality of the recording was poor, which didn’t keep the group from becoming famous.

The band’s sixth member was Siegfried. He played keyboards. Together with the new member, the group gave a successful concert in 2002. In 2003, Kevin left. The band welcomed Pascal, who had little experience as a guitarist but was extremely talented.

The band spent the next several months honing skills and learning how to work as a team. They experimented with styles and eventually came up with a new original idea. They chose black metal with a touch of heavy and folk.

It took Lemuria a long time to record a new album. They worked on it for almost half a year. The LP, Tales, Ale & Fire, officially came out in February 2005. Just as the previous album, this one got excellent reviews from fans and critics. After the release, the musicians gave several concerts and continued working on new hits. At that time, many fans wanted to book Lemuria for private events.

As it often happens, the band had to deal with lineup changes. In the summer of 2005, Pascal left the group. He was replaced with Thierry Van Der Meiren. However, the new musician wasn’t as talented as Pascal. The group was going through hard times and decided to go on a hiatus. The majority of fans thought that the band fell apart for good. But they were mistaken.

Vincent Siegfried, Bart, and Niklaas stayed in touch. During the hiatus, Siegfried and Vincent became successful producers and needed something to practice on. The band members reunited to record new songs. They invited a guitar player Jan Bergmans from Shadow’s Veil to join them.

The band was going through a revival. The members also found a new talented guitarist Roman Samonin, who used to work with FolkEarth and Morituri. With the new and improved lineup, the band gave a successful concert in the metal club, Pand Demonium in Antwerp.

A year later, the musicians decided to record a new LP. In 2010, they presented Chanson de la Croisade. The album was recorded at Red Left Hand Studios and Midas Studios.

Soon after the release of the new album, the lineup suffered new changes. Roman focused on another career and left the band. He was replaced by Gael Sortino. In 2019, the band presented a new successful album, The Hysterical Hunt.