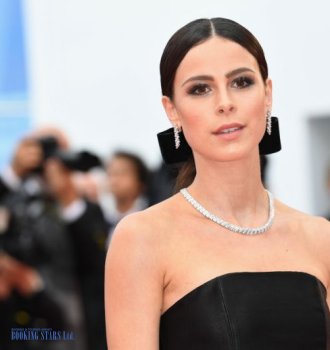 Lena Meyer-Landrut is a German artist, who is most famous for winning Eurovision 2010. Her full name is Lena Johanna Therese Meyer-Landrut, but she performs using her first name only. The singer was born on 23 May 1991 in Hanover, Germany. Her father left the family when Lena was just 2 years old. The artist was brought up by her mother.

The girl was a big fan of dancing. When she was five years old, she asked her mother to pay for classes. At first, she was learning classical ballet but then chose modern choreographic directions. Lena was a big fan of jazz dance and hip-hop. The future artist demonstrated talent as an actress. She managed to get secondary roles in several TV series in Germany. Lena didn’t want to become a professional actor but gained priceless experience in the world of show business.

In 2010, the young woman graduated from school. She managed to combine studying and her music hobby. Even though the young woman was very talented in many areas, she didn’t single out vocals. Lena didn’t take any music classes or attend a music school. Many people were surprised at how she managed to win Eurovision 2010 with such a small amount of training.

Lena’s way to success began with a music contest, Unser Star für Oslo. The winner of the contest was supposed to represent Germany on Eurovision. Lena made it to the top 20 out of 4,500 contestants. She performed a song by the British celebrity, Adel.

Eventually, Lena’s performance of “Satellite” was considered the best. She went to Norway to participate in Eurovision. A day before the finals, the singer recorded a music video. It was uploaded to YouTube and collected numerous views.

Lena’s performance at the contest was simple. She didn’t have any back vocals or dancers. However, the artist managed to earn 246 points and win Eurovision. For comparison, the group, which came in second, had 170 points.

The victory brought the young woman popularity in Germany and beyond. Her songs kept topping German charts. She started giving concerts and continued recording singles. In 2010, the singer presented her debut LP, My Cassette Player.

In 2011, the German singer got an offer to represent Germany on Eurovision one more time. She agreed and performed a song, “Taken by a Stranger”. The artist didn’t succeed the second time but managed to come in 10th. At that time, many fans wanted to book Lena for private events.

After her performance on Eurovision 2011, the singer’s popularity waned slightly. But Lena wasn’t about to give up. In the spring of 2011, she embarked on a debut tour and recorded an LP, Good News. Next year, she presented another album, Stardust. Both LPs topped the German chart.

In 2012, together with other Eurovision winners, Lena Meyer-Landrut performed at the contest as an invited artist. She sang the song with which she won the contest in 2010.

In 2015, Lena presented a new LP, Crystal Sky. The lead single was “Traffic Lights”. The singer invited British and American artists to assist with album recording. Both music and the lyrics were different from what Lena’s fans were used to.

After the album’s release, Lena filmed two music videos. One of them, “Home”, was devoted to her friend, who died recently. The album, Crystal Sky, was commercially successful. The single, "Wild and Free", featured in the LP became a soundtrack for the movie, Fack ju Göhte.

In the spring of 2018, the artist presented a new single “Thank You”. It reached the 40th spot on the German charts. Next year, she released a new LP, Only Love, L, which became commercially successful. The album featured such hits as "Don’t Lie to Me" and "Sex in the Morning". 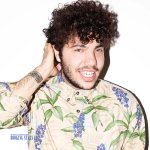