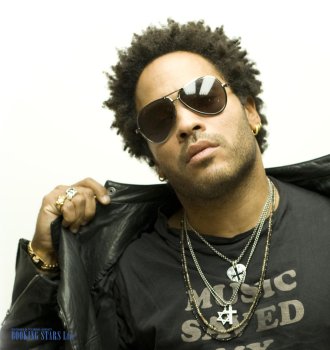 Lenny Kravitz was born on May 26, 1964, in New York. He is a singer, songwriter, record producer, and actor. Kravitz is mostly famous for such hits as “Are You Gonna Go My Way”, “It Ain’t Over ‘til It’s Over”, and “Fly Away”. He holds numerous awards, including four Grammies, MTV Video Music Award, and American Music Award.

Leonard Kravitz was the only child. His father was Jewish and his mom was African American. As a child of an interracial marriage in 1960’s, Lenny suffered from a biased treatment. His parents were both in show business. Lenny’s father was a TV producer while his mom was an actress. Kravitz wanted to perform ever since he was a child. When his family moved to Hollywood, the boy starting singing in the choir. As a very talented student, Kravitz was admitted to a special music program in Beverly Hills High School. He graduated in 1982.

After graduating, Kravitz left his parents’ home. He took on the pseudonym Romeo Blue and started to pursue a music career. Even though his parents were both successful in the music industry, Kravitz managed to earn popularity without their help.

At first, his fight for success wasn’t going well. Lenny lived in his car. Finally, in 1989, he managed to sign a deal with Virgin Records and release his first album Let Love Rule. The LP reached the 61st spot on Billboard 200.

In 1991, Lenny released his next album Mama Said. The LP was even more successful, reaching the 39th spot on Billboard 200 and 8th spot on UK Albums Chart. The single from the album “It Ain’t Over ‘til It’s Over” became a huge hit and reached the 2nd spot on Billboard Hot 100.

In 1993, Kravitz released another album Are You Gonna Go My Way. The LP brought him an MTV Video Music Award.

In 1995, the LP Circus reached the 10th spot on Billboard 200. When recording the next LP 5 (1998), Lenny used digital technologies. The experiment was very successful and the singer received a Grammy award.

Kravitz released 4 more studio albums, the latest one to date being Strut (2014). All of them were very successful. While recording albums, Lenny tried pursuing an acting career. His most successful role was Nurse John in the movie Precious. Lenny continues to work on his music and acting career. Heperforms live.