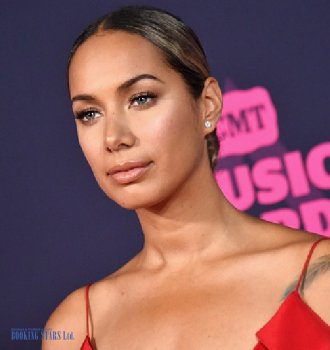 Leona Louise Lewis was born on 3 April 1985 in London. The future celebrity went to an art school in her native city where she honed her piano and guitar playing skills. In college, she wrote her first songs.

Leona won the X Factor in December 2006 and got a million-pound contract with Syco label. Soon after the victory, she released her first single and set a world record for downloaded singles – 50,000 downloads in less than half an hour. The single was a cover for Kelly Clarkson’s “A Moment Like This”. The second song “Bleeding Love” became the best-sold single of 2007 in the UK. It earned a variety of platinum certifications and topped numerous charts. The same year, Leona released her debut LP, Spirit, which became the fastest selling album in the UK and Ireland. The album sold 10 million copies worldwide.

In 2008, Lewis debuted in the United States with her top single “Bleeding Love” and the popular first LP. Her work was appreciated by the American fans and reached high spots on the US charts. For over 10 years before that, British musicians didn’t manage to achieve such amazing results in the USA. In the summer of 2008, Lewis and a famous British musician Jimmy Page performed at the closing of the Olympic Games in Beijing. They sang “Whole Lotta Love”, which was part of Led Zeppelin’s 1969 album, Led Zeppelin II. At that time, many organizers tried to book Leona Lewis for private events.

In the winter of 2010, Leona Lewis set up an eBay auction to sell “dinner with the singer”. She sent all the earned money to a charity in support of people, who suffered the consequences of the earthquake on Haiti. Lewis is also an animal right activist. She participates in numerous charity projects and talks about reducing the amount of meat people eat.

Leona follows the rules of Meat Free Monday, which was launched by Paul McCartney. In 2009, the singer declared that she supports UDAW (Universal Declaration on Animal Welfare). In May 2010, she gave free tickets to her concerts to WPA (World Animal Protection) while on the British and Irish tour. The tickets were auctioned off to people, who donated at least two pounds to WPA.

After finishing the tour, the singer began working on her next LP, Glassheart. Initially, it was going to come out in November 2011, but the release was delayed until October 2012. The album was recorded with the assistance of RCA Records. In September 2011, the singer presented a popular dance song “Collide”, which came in 4th on the UK Singles Chart.

In 2012, Lewis announced that the lead single from Glassheart will be “Trouble”. It came in 7th on the UK Singles Chart. The second single was “Lovebird” but it didn’t make it into the charts. The music experts explained the failure by a lack of support on the radio. After the album’s release, Leona went on a 16-day tour of the UK.

In December 2013, the artist presented a new album, Christmas with with Love with a promo single “One More Sleep”. In 2015, she uploaded a music video of herself recording the single “Fire” in the studio. It became very popular. In April, Lewis announced that the song “Fire Under My Feet” will become the lead single of her 5th LP. The album came out shortly. She called it I Am. The LP settled on the 12th spot of the UK Albums Chart and came in 38th on Billboard 200.

The album featured such tracks as “Thunder”, “You Knew Me When”, “Ladders”, and others. Right after the release, the artist went to tour the UK. She gave 14 concerts in such cities as Glasgow, London, and Birmingham.

In 2018, together with Calum Scott, Leona recorded a single You Are The Reason”. The song was featured in Scott’s LP, Only Human. It reached high spots on the charts and earned gold and platinum statuses in many countries. 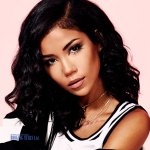