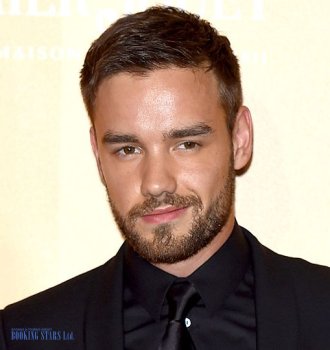 Liam James Payne was born on 29 August 1993 in Wolverhampton, England. The future celebrity grew up in an average family. Payne has two older sisters. When he was young, Liam had many health problems. He had to stay in the hospital for months at a time. Payne was born prematurely and had kidney dysfunction. Eventually, they were dealt with. Liam began singing when he barely knew how to talk. Many friends of the family pointed his parents’ attention to his talents. In kindergarten, Liam already mimicked other artists in an impressive manner.

In school, Liam became a cross-country runner. He was a member of the famous Bilston Athletics Club. However, in 2012, Liam didn’t make it into the Olympics Team and was put in reserve.

The musician didn’t give up. While training, he spent all of his free time studying music. Liam attended Wolverhampton College's Paget Road. He was influenced by such musicians as Pharrell Williams, Usher, and Justin Timberlake. Soon, the young man started spending more time on music than he did on running.

When Liam Payne was 14, he appeared on the 5th season of the famous British show X-Factor. He performed Sinatra’s legendary “Fly Me To The Moon”. Liam made it into Simon Cowell’s training camp but didn’t win the show.

Two years later, Payne decided to try his luck one more time. In 2010, he performed at the 7th season of X-Factor as part of the band One Direction. The group signed a contract with Cowell and Syco Entertainment. In 2011, they recorded the first album Up All Night. It was a big hit, topped many charts, and earned numerous platinum certifications all over the world. The next four albums were just as popular. However, in 2016, the band went on an indefinite hiatus. During his work with the group, Liam acquired valuable experience. He wrote the lyrics for more than half of the songs from the 3rd and 4th LPs.

In 2014, Payne decided to try himself as a producer and worked under pseudonyms "Big Payno" and "Payno". He helped Cheryl Cole record "I Don't Care" and "I Won't Break", which became part of her LP, Only Human. The same year, Payne formed his own publishing company. He worked with such musicians as DJ Mustard, Juicy J, Miguel, and Pharrell Williams. Liam also helped promote Australian boy band 5 Seconds of Summer.

Payne began his solo career in 2017. He released three immensely successful tracks "Strip That Down", "Get Low", and "Bedroom Floor". All of them reached high spots on European charts and made it into Billboard Hot 100. It was an impressive start of a solo career for the young artist.

In 2018, Liam recorded his first solo EP, First Time, which featured such successful singles as "First Time", "Home with You", "Slow", and "Depend On It". Many fans wanted to book Liam Payne for their private events, but he was busy with his production work.

The same year, Payne and Rita Ora recorded a soundtrack for a successful movie Fifty Shades Freed. The single “For You” reached the 8th spot on UK Singles Chart, earned several gold certifications in Europe and a platinum status in Australia.

Liam continues his career as a producer and singer. He often performs live.