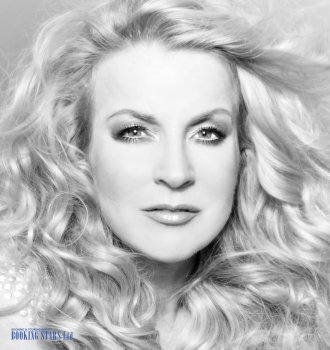 Lian Ross (real name Josephine Hiebel) is a singer from Germany, who became very popular in the 1980s at the dawn of the italo-disco style. The future celebrity was born in Hamburg on 8 December 1962. After school, she went on to study music professionally.

Lian Ross became famous mostly thanks to the successful arranger and producer Luis Rodriguez. He became famous due to his work with the legendary band Modern Talking, which created many euro disco hits. Luis also worked with C.C. Catch, who was popular during the same period as well.

For numerous reasons, Rodriguez was often upstaged by Dieter Bohlen. However, thanks to Rodriguez, the world got to know such musicians as New Baccara, Blue System, Bonnie Tyler, and Chris Norman. Ross met the producer when she was 18 years old. A year later, she presented her first singles. The singer began her career under the pseudonym, Josy, which she abandoned later.

In 1983 and 1984, Lian recorded two popular songs, "Magic" and "Mama Say". Starting in 1985, the young woman started performing under the pseudonym Lian Ross, which stayed with her throughout the career.

Lian’s first successful single was “Fantasy”. She recorded it in 1985. Both fans and critics gave the song excellent reviews. A year later, she presented a new hit “Say You’ll Never”, which became popular all over the world. At that time, many organizers tried to book Lian Ross for private events.

After the single’s release, Ross changed her pseudonym one more time and continued doing it. But the pseudonym, Lian Ross, was always part of the singer’s life. Each time she changed her name, Lian’s fans waited for something new and unusual. For example, using the pseudonym Creative Connection, she presented two successful singles "Call My Name" and "Scratch My Name" as well as a cover version to Modern Talking’s "You're My Heart, You're My Soul".

Lian Ross’s next hit “It’s Up to You” came out in 1986. For a long time, together with “Fantasy”, the single stayed on top positions of German charts and played in clubs and restaurants. During the same period, the artist presented two versions of the single “Neverending Love”. One was arranged as a rap song. A little later, using the pseudonym Creative Connection, the singer recorded "Don’t You Go Away".

Then she released her next single, "Oh Won’t You Tell Me" and a cover version to "Do You Wanna Funk". In 1988, the German singer presented "Say Say Say", which was recorded as a synthpop song and came out on a CD. Next year, she came up with "Feel So Good", recorded as a house track. Lian filmed two music videos for the song. It became a soundtrack for the movie Mystic Pizza.

After that, the German artist worked using other pseudonyms, changing them from genre to genre. For example, she recorded funk and soul as Dana Harris, presented reggae and house as Divina and released Eurodance hits as Tears n' Joy.

At the beginning of the 1990s, the celebrity worked on numerous covers and mixes for popular songs, among which were "Rhythm is a Dancer", "Gimme Gimme Gimme", and "All That She Wants". In 1993, Lian presented a single "Trying to Forget You" and a remix to her early single "Fantasy", which came out back in 1985.

In the mid-1990s, Lian Ross took a break in recording songs and started writing lyrics. She worked with many successful artists. In 1995, using the pseudonym Tears n' Joy, Lian presented a debut LP, Enjoy.

Later, the singer moved to Spain where her husband founded a recording studio, Studio 33. In 1998, Lian formed a band, 2 Eivissa. A year later, she formed another group, Fun Factory. In 2000, she presented a new LP, Next Generation. Three years later, Ross recorded ABC of Music.

In 2005, the singer presented a debut album The Best Of…And More, which was recorded using the pseudonym Lian Ross. The following LPs came out in 2013 and 2016.

She called them I Got The Beat and And The Beat Goes On accordingly.