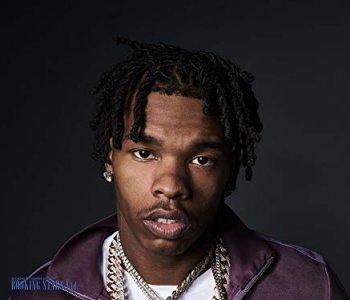 Charismatic, confident Atlanta-bred rapper Lil Baby quickly rose to fame after he launched his career in 2017. Following a series of mixtapes, his popularity exploded in 2018, the year he released his first proper album Harder Than Ever (which included the Drake-featuring hit "Yes Indeed") and Drip Harder (a collaborative mixtape with Gunna), both of which entered the Top Ten of the Billboard 200.

Perfect TimingLil Baby was born Dominique Jones in Atlanta in 1994.

He grew up hanging with friends like Young Thug, Coach K, and Pee, leaning more toward a life of petty crime and street hustling while his friends went on to thrive in the music industry. In 2015, at age 19, Lil Baby went to prison for two years for a probation violation.

Upon his release in 2017, he jump-started his rap career with a mixtape called Perfect Timing, released in April of that year.

The mixtape featured cameos from friends like Lil Yachty, Young Thug, and Gunna, and strong production from 808 Mafia, Brickz, and many others, highlighted by Lil Baby's woozy flows. The mixtape immediately brought the young rapper fame, in part due to his affiliations with friends in the Quality Control family of artists as well as the 4 Pockets Full clique.

Harder Than HardAs his mixtape attracted more listeners, Lil Baby worked constantly on new music, releasing singles like "My Dawg" and the Young Thug collaboration "Pink Slip" in the summer of 2017. Other releases that year included Harder Than Hard, 2 the Hard Way (with Marlo), and Too Hard.

Lil Baby's debut studio album, Harder Than Ever, appeared in May 2018. Featuring guest appearances from Drake, Offset, Lil Uzi Vert, and others, the release entered the Billboard 200 album chart at number three.

The rapper's success continued with Drip Harder, a collaborative mixtape with Gunna that was released that October and reached number four on the Billboard 200.

Yet another mixtape, Street Gossip, appeared in November 2018. 2019 saw Lil Baby starring in the film How High 2 and releasing a handful of singles including the Future collaboration "Out the Mud."

Preceded by "Woah" and "Sum 2 Prove," his second studio album, My Turn, arrived in February 2020 and went straight to number one. Later that year, Lil Baby issued a pair of singles, "On Me" and "Errbody."

That June, he released "The Bigger Picture," a protest song responding to police violence and systemic racism.

The song entered the Billboard singles chart at number three, and went on to win two categories of the 2021 Grammys: Best Rap Song and Best Rap Performance.

Lil Baby also performed the song live at the Grammy ceremonies that year. In March 2021, Lil Baby appeared as a featured artist on Drake's single "Wants and Needs."

The song debuted in the number two position on the Billboard charts, making it Lil Baby's highest-charting track up until that point.