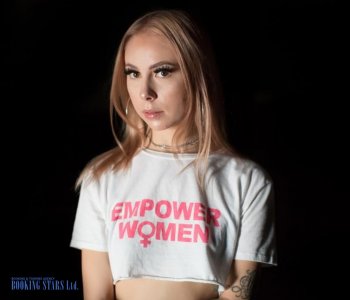 Lil Debbie – singer, designer, and model from the USA

Lil Debbie is a talented rapper, designer, and model. Her real name is Jordan Capozzi. The future celebrity was born on 2nd February 1990 in Albany, California. She grew up there as well. Many people know Jordan as one of the members of a successful yet short-lived trio The White Girl Mob. The lineup also included Kreayshawn and V-Nasty.

Jordan has American and Italian heritage. She loved fashion since childhood and dreamed of a career in the industry. Her second hobby was music. For a long time,

Capozzi wanted to become a singer. To achieve one of her goals, the young woman had to enroll in a prestigious college to study design. Jordan worked hard to get good grades in high school and eventually was accepted to the Fashion Institute of Design and Merchandising in Los Angeles. However, she eventually dropped out because it was tough to deal with all the homework. Meanwhile, the artist started thinking about a career as a singer.

When Capozzi was 15 years old, she met Kreayshawn and V-Nasty. Three girls became friends and spent a lot of time together. Three years later, they decided to form a band called The White Girl Mob.

In 2011, Lil Debbie appeared in the music video for the single “Gucci Gucci" performed by Kreayshawn. It collected over 66 million views on YouTube. In September, fans learned that Jordan was planning to leave the band. None of the group members shared an official reason for her leaving. After some time, reporters found out that Kreayshawn and V-Nasty decided to ask Debbie to leave. They thought that she doesn’t do enough for the group. After leaving, Debbie ended all relationships with other band members. Soon after, The White Girl Mob disbanded.

In 2012, Lil Debbie started working with the rapper RiFF RaFF from Houston. Together they recorded several popular songs, including "Suckas Askin' Questions", "Michelle Obama", "Brain Freeze", and “Squirt". Such collaboration gave a good start to the singer’s solo career. Some of the singles became part of her debut mixtape, Keep It Lit. It came out in the summer and featured "Brain Freeze", "Squirt", and "2 Cups".

At the beginning of 2012, Lil Debbie joined K00LJOHN to record a single "I Do It". In October, she released the debut LP, Queen D. The album featured three original songs and a couple of remixes. It became very successful, reaching the fourth spot of Hot R&B/Hip-Hop Songs Chart. At that time, many fans tried to book Lil Debbie for private events.

In November 2014, Debbie presented a new mixtape, Young B!tch. Next summer, she released a new single “Lofty”, which appeared on iTunes and gained popularity quickly.

In 2015, Lil Debbie decided to take a break from her music career and try something different. She founded a bakery called Cakes. The young woman presented the business at a popular festival, Blazer’s Cup 2015.

In 2016, the singer founded her own label, Lil Debbie Records, and presented the debut LP, Debbie. Next year, she released another LP, OG in My System.

In the spring of 2017, Debbie recorded her fourth EP, XXIII, which featured five original songs. To record the album, she invited such celebrities as The Galaxy, Cesqeaux, Moksi, Yellow Claw, and others. The next EP came out in 2018. She called it I'm the Rapper He's the Producer.

In 2019, Debbie presented a new EP, Bay Chronicles. It’s worth noting that the majority of the singer’s EPs is self-released. That doesn’t keep them from becoming successful. 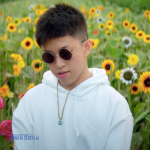